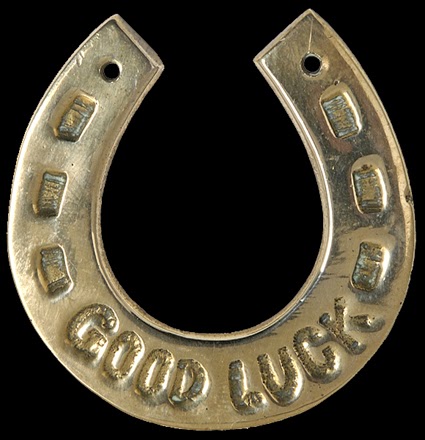 Do You Believe in Lucky Charms?
Some of the people who believe most strongly in the power of tokens that can alter destiny – lucky charms or talismans – are gamblers, and it’s easy to see why. It’s often said that “the house always wins”, which may be true over the long term, but if it was literally true all the time, nobody would bother spinning a roulette wheel or buying a lottery ticket ever again, would they?

As a witch I’m often asked to recommend some way of increasing people’s chances of winning at games like poker and slots, and my reply is usually something like – well, if I could do that, I’d be rich myself, wouldn’t I?

Trying Out Charms
It’s interesting, however, to look at the things gamblers put their faith in. If they have a “lucky charm” of some kind and they happen to win, of course it’s going to reinforce the idea that it was the charm that did it. Perhaps that leads to a sense of confidence in the gambler, which lasts until the next loss! Different cultures have had different ideas of what’s lucky over the centuries. If you want to try some of the following out yourself, practice online first at a site like Gaming Club, where you can play for free while you work out what game suits you. 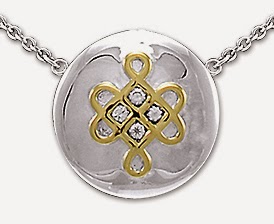 Different Types
Everyone’s heard of the idea of a rabbit’s foot being lucky, but how about a badger’s tooth? Watch out though – they’re only lucky if you keep them on your left side! Or you could try keeping hold of a piece of Lucky Bamboo. It’s not actually bamboo, so don’t be fobbed off by the florist. A lucky charm that’s easy to get hold of would be the Three Keys. It is just as it sounds – three keys (no more, no less) on a keyring.

Some charms make attractive silver jewellery, whether you believe in their power or not. India’s Mystic Knot (pictured left) is a well-known example, representing Lakshmi, Goddess of Wealth. The Vikings believed that acorns were a lucky symbol, and to this day many gamblers wear a silver or gold acorn. Any material will do, including a real acorn of course!

Professional gamblers have developed lucky rituals and symbols of their own. Johnny Chan (pictured right), a pro poker player, used to sniff oranges to get rid of the stale tobacco smell inside casinos. Since those days, orange has become his lucky colour (and fruit!) Sam Farha, another poker pro, had an unlit cigarette in his mouth while playing. Probably luckier than a lit one...

If you’re going to try these ideas out, remember that success at poker and blackjack relies on a thorough knowledge of the game and a degree of experience. Don’t be fooled into thinking that winning your first ever hand automatically means that your lucky cufflinks are working!