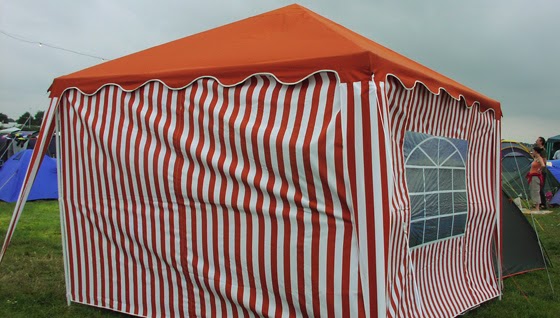 One of the most common requests I get for magical help is to recover lost or stolen items. It can be really upsetting when you lose something - and even more distressing when it is stolen.

Many pagans will be at camping events or festivals over the Summer Solstice this weekend or in the warm months ahead. Theft can be a big problem, especially at large music festivals like Glastonbury. According to the Telegraph, the value of thefts at Glastonbury Festival totalled £98,473 in one year.

The reason why I'm writing this post is that it is always better to prevent loss or theft than to try to get it back afterwards - and really I'm talking about taking sensible, practical precautions rather than relying on magic. Mind you, a sign in a New Age shop I used to frequent that said "Shoplifters will be cursed" always made me smile.

The very best advice when going to a festival is don’t take any valuables. Don't take your new expensive smartphone, use an old pay-as-you go mobile phone instead. If you don't have one lying around, then I bet a friend has one they aren't using any more that they could let you have. Keep your phone somewhere safe too. I once heard a mobile phone ringing from down below when I was using a festival portaloo. No one wants to delve into that to recover anything that fell out of their pocket while using the facilities.

are a safer option than digital cameras or smartphone cameras as they are less likely to be stolen and less expensive to replace. Alternatively, it is possible that you have a very old digital camera lying about that you don't use any more. It might not have the megapixels of the latest tech, but you won't cry so much if you lose it either.

Wear a money belt to store cash and avoid bags that are easy to pick-pocket from. I even wear my money belt snugly around my waist when I am asleep in my sleeping bag - or trying to sleep despite the all-night drumming circle in the same field :)  It is not uncommon for hardened burglars to consider the sound of snoring as a sign they can hoik stuff from tents without waking the inhabitants.

My trousers were once stolen from inside my tent at night at a Glastonbury festival many years ago. There wasn't any money in the pockets, which I expect the thieves were after, but I was very sad to lose them as they were purple combat trousers - a very unusual style and colour too - that I had picked up at an army surplus store and was never able to replace.

You can buy padlocks similar to those used on suitcases to lock up your tent when it is unoccupied or at night. However, some thieves will just cut a hole in the fabric to get inside. If the festival you are attending has official lockers, use them, as they are much safer places than your tent.

If you do suffer a loss or theft, the best advice I can pass on is something that was said to me while I was queueing by the lost property van to see if my purple combat trousers had been found: "You are at a festival, you have your arms and legs, your eyes and your ears, what more do you need?"

Indeed - don't linger on what has gone, live in the moment and enjoy the festival!