Review: All Acts of Love and Pleasure: Inclusive Wicca 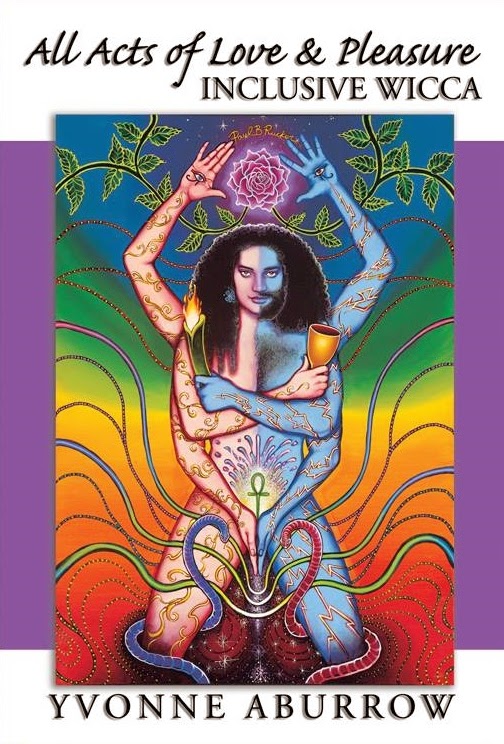 I was chatting to a gay pagan friend on the bus the other day about how he finds it comic when Wiccans insist on gender polarity in rituals. Why on earth do Wiccans say that a circle must go boy/girl/boy/girl even if there are more female witches in the circle than male – as is often the case?

My friend felt the whole thing can begin to look something out of a sitcom as the men rush around to fill the gaps between the women when the chalice is passed. We both had a good giggle at a few things we’ve seen Wiccans do in desperate attempts to avoid having to hold hands with – or, Goddess forgive, maybe kiss – someone of the same gender.

In this day and age, it's a bit ludicrous, isn’t it?

Actually, when we had both stopped laughing, I told my friend about a brilliant new book I’ve just read called
All Acts of Love and Pleasure: Inclusive Wicca,

by Yvonne Aburrow. Quite a bit of the book is about how to make Wiccan rituals more accommodating for lesbian, gay, bisexual and transsexual pagans. The title comes from the line in The Charge of the Goddess by Doreen Valiente that goes: "All acts of love and pleasure are my rituals."

Of course, there are many LGBT Wiccans, but Wiccan covens can sometimes seem uninviting for those who aren’t heterosexual. So much of the traditional ritual material is about the union of the Goddess and God, including the cakes and wine rite in which the athame represents the male and the chalice represents the female. The gender polarity of male and female coven members is considered a potent force in creating magical effect - but not so great if you want to hold hands with a same-sex partner in the circle.

So, how do you get around this? Well, Yvonne has some really good ideas. For example, instead of saying, “As the athame is male, so the cup is female”, you could say, “As the athame is the lover, so the cup is the beloved”. She also points out that there are other different types of polarity. You could arrange things based on different astrological signs, for example.

Publisher Avalonia says on its website: "All Acts of Love and Pleasure is a companion guide to inclusive Wicca, which includes all participants regardless of sexual orientation, disability, age, or other differences, not by erasing or ignoring the distinctions, but by working with them creatively within initiatory Craft."

As that descriptions explains, All Acts of Love and Pleasure: Inclusive Wicca

isn't just about including LGBT pagans in Wiccan circles - or even about making rituals less heterocentric - it is about finding ways to make covens more inclusive of people from all walks of life, backgrounds, personality types and abilities. It is a really useful, informative and practical guide - one which anyone who is running a Wiccan coven or who wants to run a coven should read, in my opinion.

It explains the issues behind the need for inclusivity, offers practical suggestions for making covens more accommodating and gives discussion points, exercises and visualisations that can be used by groups and individuals.

Avalonia adds: "Although the aim of this book is to act as a guide to existing initiatory covens who want to make their practice more inclusive, its scope is much broader as it deals with wide-ranging issues including group dynamics, coven leadership, ritual, ethics, and Wiccan theology and practice. It is sure to appeal to Pagans, Magicians, Druids and Witches, of all persuasions and views."

I first heard Yvonne talk about gender and sexuality in contemporary Wicca at the Pagan Federation London’s conference this autumn - and it was that talk that made me eager to read her book when it was released. All Acts of Love and Pleasure: Inclusive Wicca

is Yvonne's eighth published work, others include The Sacred Grove: Mysteries of the Tree

and A Little Book of Serpents.

She is a Gardnerian Wiccan who is passionate about equality - and her passion has produced an inspiring and thought-provoking book that could help Wicca as an initiatory tradition grow to become the inclusive religion it ought to be.

Links and previous related posts
All Acts of Love and Pleasure: Inclusive Wicca