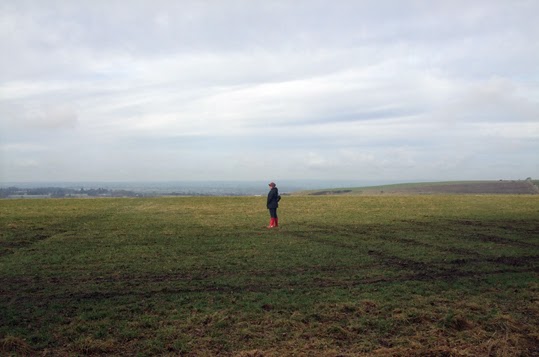 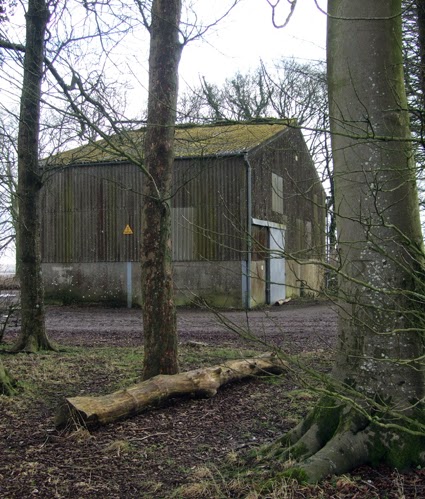 That picture at the top shows me at spot I last visited in the 1960s. Yes, I was very little then. I was taken to that spot, which is the top of Cradle Hill in Wiltshire, by my father who was a keen UFO spotter. Back then there was something of a UFO flap taking place in the area. Local journalist Arthur Shuttlewood and his friends claimed to have spotted hundreds of unidentified flying objects from that hill in just a few weeks in 1965.

I'm going to be be straightforward here and say I am a UFO sceptic. I accept the possibility that if there is intelligent life on other planets then just maybe some ETs have paid a visit to earth, but I have never personally seen a UFO or an extra terrestrial. I would want to consider all the possibilities when anyone says they have seen strange lights in the sky.

My dad, on the other hand, was a true believer. He said he had seen a UFO during WWII when he was a soldier fighting at Monte Cassino. Both sides fired at a strange craft that appeared overhead, which he took as evidence that neither side thought it was theirs. It then flew off in a manner that was unlike any aeroplane the soldiers recognised. That was my dad's story, and he was just a little obsessed with finding out the truth. And this is the reason I have many childhood memories of standing around in muddy fields with my parents, and being very disappointed at not seeing any flying saucers.

Last week I was on the way to Glastonbury for a short spring break with my hubby, when he suggested we stop on the way to visit Cradle Hill. It was a lovely day for a country walk, and the view from the top was good. Although we seemed quite alone there that morning, graffiti on the wall of a large barn (photographed to the right and below) informed us otherwise. It seems UFO spotters still visit Cradle Hill 50 years after Arthur Shuttlewood made the area famous.

Mind you, although I didn't see any UFOs, something slightly strange did happen while I was there. The batteries on my camera and my husband's phone suddenly drained completely just after we started taking photos. Then when I got out my phone, all I got was a message saying "Sim not recognised".  Cue that spooky electronic refrain... Email ThisBlogThis!Share to TwitterShare to FacebookShare to Pinterest
Labels: days out, England, UFOs