The Search for Society's Soul and Modern Paganism 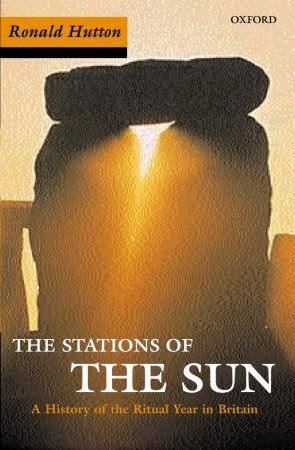 Here is an article sent to me by freelance writer Helen Thompson about modern paganism:

Paganism is on the rise in Britain. In 2011, the Pagan Federation campaigned to get Paganism recognised as an official religion [1], and subsequent reports have declared Paganism the UK’s “7th largest religious affiliation” [2]. In the light of this, Pagans have begun to demand a degree of respect from society, pointing out that they are a “serious and growing religious group” [3] whose numbers have more than doubled in a decade. But why this unprecedented growth? What is it that Paganism provides which is proving so attractive to modern Brits? Could it be something to do with the fulfilment of a deep, spiritual need?

A Spiritual Species
As the ancient roots of modern Paganism (and even many of our more secular traditions) attest, humans have for millennia lived lives infused at almost every level with a degree of spirituality. Back in 2006, researchers in the Tsodilo Hills of Botswana (known locally as ‘The Mountains of the Gods’) discovered carvings and spear-heads around what is described as a “snake-shaped rock” [4]. All the evidence points to these being ritualistic devices, making the earliest evidence for religious-type behaviour in humans an astonishing 70,000 years old.

For 70,000 years we have lived with an eye to our spiritual side. It is only for the last 100 or so that we have increasingly been turning away from our more ephemeral, spiritual nature and concentrating upon scientific certainties and provable facts. Seventy-thousand or more years of psychological evolution, however, will not be ignored. Our unconscious mind demands the spiritual, and will make its own spiritual experience if not given spiritual scope by the conscious mind. Human spirituality, if repressed, breaks out in distinctly maladaptive ways. A striking example of this is provided by the modern epidemic of substance abuse.

Seeking the Transcendent
The nineteenth century saw Britain tear herself away from the gentle, ritualistic rhythm of the rural seasons (with all of their inherent spiritual satisfactions), and fling herself wholeheartedly into the cold world of mass industrialisation. This brought urbanisation, which came trailing in its wake a profound spiritual crisis. One aspect of this is reflected in British Christian history – few theological historians would deny that the nineteenth century saw the Church struggling to respond to the new challenges represented by an urban population. It was a time of schisms and splintering. A spiritual vacuum opened up – and into it flowed alcohol.

The nineteenth century saw unprecedented levels of alcoholism and public drunkenness – particularly among the urban poor who were denied spiritual expression. Psychologists have not been slow to compare drunkenness to a maladaptive religious experience – William James has noted that alcohol may artificially allow the psyche a degree of spiritual expression, but in a forceful and damaging way rather than the potentially healing manner or naturally induced spirituality. The same is true of drug use today. Many addicts are not aware that the drug-induced mindset they crave is a chemical imitation of the kind of state of mind that can be naturally achieved by the expression of their spiritual side, but their unconscious knows it, and this is partly why they feel drawn to the ‘transcendent’ experience drugs provide. However, this experience is ultimately destructive. When a family member explores and expresses their spirituality healthily it can bring love and joy to the family unit. When a family member is an addict, the opposite tends to occur – relationship breakdown, loss of trust, and emotional damage are often the end results.

Modern Spirituality
When the spirituality of the human psyche is repressed it can therefore manifest itself in highly maladaptive ways. Our overly rational and fact-based society leaves no place for the ephemeral mysteries of the spiritual, and our psyches struggle under such circumstances. Many people are desperately seeking out spiritual expression that will not clash with their scientific societal training. The popularity of yoga and meditation is an example of this. The turn to Paganism is also indicative of a widespread yearning for spirituality.

But why not turn to the more established religions? Why has Christianity not seen a similar upsurge? What is it about Paganism which draws in those seeking spiritual expression? The answer lies in the balance between science and the spirit. The rational, the secular, the physical and scientific are not in conflict with the ephemeral, the spiritual, and the mystical. They can exist quite happily alongside each other, and work in perfect harmony when each is afforded equal respect. Problems arise when one is elevated above the other, and problems become disastrous when one is used to dismiss, deride, or oppress the other. Currently, science is often used as a weapon against spirituality – but for centuries it was the other way around.

The Abrahamic religions have a long history of repressive practice and ‘head in the sand’ denial of emerging facts. This has dealt their credibility a severe blow. While at heart these religions all preach the kind of love and spiritual fulfilment which most people really want, the way in which their adherents have practiced their religion has often left a lot to be desired. An insistence upon dogma, bloody arguments over scriptural trivialities, corruption, oppression, and intolerance have all done their work. Paganism seems to present an alternative free from a troubling moral past. Paganism, for many, represents spirituality without dogma, love without oppression, and acceptance without intolerance – a brand of spirituality that allows spiritual expression without making excessive demands. It’s a very appealing prospect for a society in search of its soul.

[1] BBC News, “Pagans campaign for Census voice”, Feb 2011
[2] The Pagan Federation, “Census 2011: Pagans are standing up to be counted and coming out of the broom closet for Census Day”
[3] Sunday Sun, “Pagans demand greater respect as it is revealed they are the seventh largest religion in the UK”, Chronicle Live North-East, May 2013
[4] J.R. Minkel, “Offerings to a Stone Snake Provide the Earliest Evidence of Religion”, Scientific American, Dec 2006
Posted by Badwitch at 07:20

Hmm. I love your posts, but I have a few issues with this guest post. I would disagree that the so-called modern epidemic of substance abuse just is an example of repressed spirituality. Addiction has many potential causes. There are countless well-adjusted atheists, agnostics and humanists, with no alcohol or drug dependencies: they are no doubt happily 'suppressing' their spiritual side! Conversely, there are many pagans and people of other faiths who have healthy spiritual lives, but sadly struggle with addiction.

I'm not convinced that the nineteenth century saw a spiritual vacuum opening up in this country, either. Industrialisation, commencing in the 18th century in Britain, had a devastating impact on communities - exploitation of workers, the change to family structures - and it is possibly that which fueled damaging behaviours (such as excessive drinking), but Methodists and other non-conformist Christian groups were already well-established and ministering to urban populations. Indeed, ministering to the urban poor - and those outside of organised religion, such as labourers and criminals - was a particular feature of Methodism.

I'm sure the author didn't mean to come across as patronising, but to assert a knowledge of what 'mindset' an addict 'craves' strikes as highly assumptive. Just as there are many causes of addiction, so too do addicts crave different states. The feeling - let's call it euphoria - which the author thinks 'can be naturally achieved by the expression of their spiritual side' might actually describe the highs of the social drinker rather than the addict.

There are a lot of generalisations in this post! That said, I do think the author makes a valid and interesting point about people seeking to integrate the spiritual dimension of their psyches into their lives. Our modern paganism's lack of dogmatic baggage does seem to make it an attractive, nourishing and healthy route to achieve this.

Anonymous, thanks for leaving such an in-depth comment. I think the points you raise are valid.

Thank you, Badwitch. As I say, I certainly agree with the overall point about modern paganism providing a healthy way for a spiritual life to flourish. And thank you for your excellent blog!