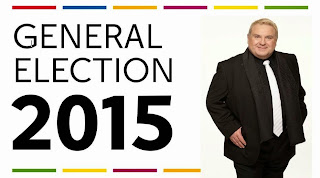 Celebrity astrologer Russell Grant gives his view on how the stars might have influenced the election results:

After one of the most dramatic nights in British political history the United Kingdom has a new political landscape. But politics aside, was David Cameron’s sensational victory written in the stars?

Currently, Mercury, Venus and Mars are all in splendid rapport in his chart which is a good sign but not strong enough to guarantee victory. Taking the outer, slower moving planets it is lucky Jupiter linking with his Sun in Libra along with the ringed planet Saturn (bringing rewards for hard work) connecting with expansive Jupiter that forecast his stunning success. Even so he faces profound challenges ahead with mysterious Pluto causing psychological dramas. He’s declared he will stand down in the next couple of years: but will he be able to let go of power, it is the greatest aphrodisiac after all. Lots of game playing with Cancerian Nicola Sturgeon will ensure it won’t be an easy ride.

After a nightmare 24 hours for Nick Clegg and Ed Miliband, both Capricorns and both losing their fight against the Tories can this too be seen in the stars? Perhaps no consolation for either of them but with Uranus now in Aries making discordant links in both their charts this can bring the possibility of an unwelcome or unpleasant event. Add to which Plutonian energy, this time revealing a breakdown in their plans and the message they were giving to the public. It was never going to be easy for any of them but astrologically the date of the election came at the most opportune time for Libran David Cameron.

Email ThisBlogThis!Share to TwitterShare to FacebookShare to Pinterest
Labels: Astrology