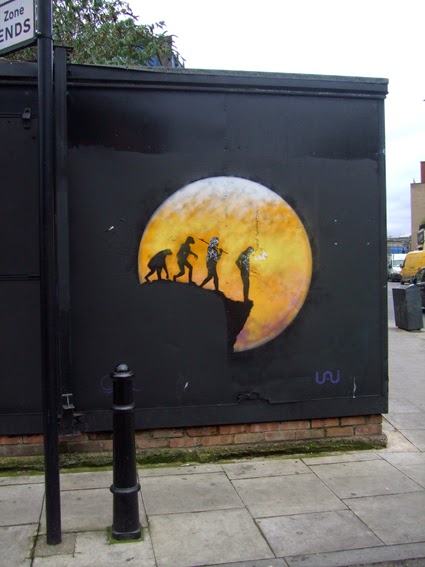 I've been posting photos of London street art over the various pagan festivals since last Yule, including for Earth Hour, Ostara and Beltane. Here is another for the Summer Solstice showing a rather apocalyptic view of the evolution of man against a solar disc.

If you want to see this picture or any of the other street art I have photographed, travel to Hoxton in London's East End.