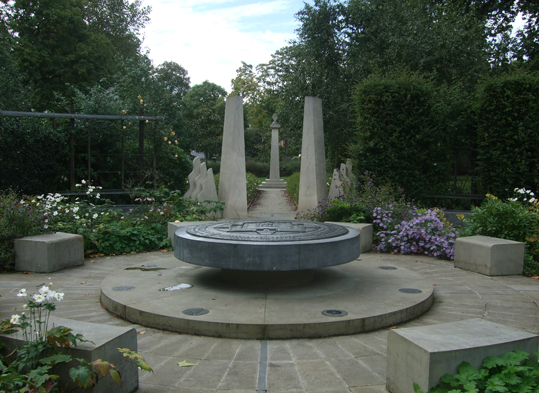 Today is the International Day of Peace, better known as World Peace Day. It is observed every year on 21 September – and I say observed rather than celebrated as there is so much conflict in the world at the moment.

The day is dedicated to world peace – specifically the absence of war and violence, even temporary ceasefires in a battle zones for humanitarian aid. The day was inaugurated in 1982 and is now honoured by nations, political groups, military groups and people all over the world.

The pictures on this post show the Tibetan Peace Garden, in Southwark, South East London. The garden was opened by the Dalai Lama in 1999. The website for the garden says: "The Tibetan Peace Garden honours one of the principal teachings of His Holiness – the need to create understanding between different cultures and to establish places of peace and harmony in the world."

The garden reflects Buddhist beliefs about peace – which feel to me quite in keeping with many pagans’ views on peace too.

As well as being full of scented herbs and beautiful climbing flowers, at the centre of the garden is a huge mandala, known as the Kalachakra Mandala, which is a symbol of transformation intended to help bring peace to those who gaze upon it. At the quarters – or directional points of north, south, east and west – are sculptures representing the four elements of earth, air, fire and water. There are benches on which to sit and meditate and a pillar with a message from the 14th Dalai Lama, which reads:


We human beings are passing through a crucial period in our development.
Conflicts and mistrust have plagued the past century, which has brought immeasurable human suffering and environmental destruction. It is in the interests of all of us on this planet that we make a joint effort to turn the next century into an era of peace and harmony.
May this peace garden become a monument to the courage of the Tibetan people and their commitment to peace.
May it remain as a symbol to remind us that human survival depends on living in harmony and always choosing the path of non-violence in resolving our differences. For me, the location of the garden carries a stronger message than all the flowers, mandalas, sculptures and messages. It is right next to the Imperial War Museum.

When you walk through the garden and emerge from its protective circles of paths and hedges, you are immediately faced with two huge guns outside the museum. The effect is jolting, even shocking. Yet the guns are silent – and, although I have never been inside the museum, I am told it is more about honouring the lives – and deaths – of those who fought in wars that are now ceased than it is a celebration of all things martial.

May the guns fall silent in the world today. 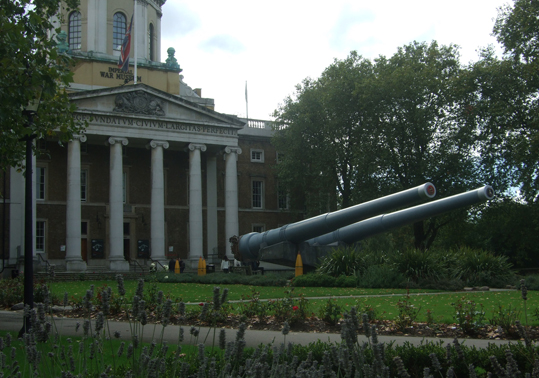 World Peace Day Picnic and Ceremony in Hyde Park with London Woodland Witches Magicians and Outdoor Pagans. Meet at the Italian Gardens, Hyde Park, London. Once gathered, the group will go to a slightly quieter place for the ritual. Time: 1pm-4pm. For more details and to sign up to this event: http://www.meetup.com/London-Woodland-Witches-Outdoor-Pagans/