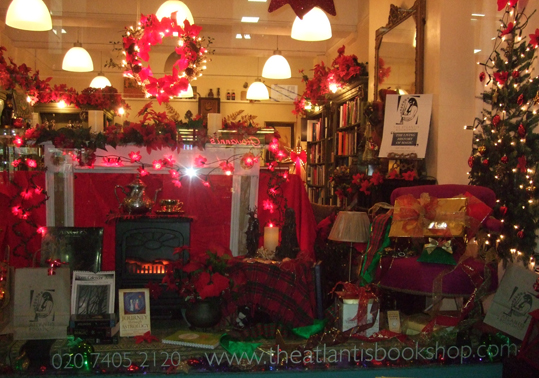 Yesterday I blogged about one of my favourite occult bookshops in London, so it only seemed fair today to blog about another today - The Atlantis Bookshop

Based in Museum Street, near the British Museum, The Atlantis Bookshop is London's oldest esoteric bookshop. It was established by Michael Houghton in 1922 and is currently owned and run by Bali and Geraldine Beskin.

As well as selling a huge range of magical, pagan and occult tomes, the shop hosts art exhibitions and offers talks, workshops and book launches. It also publishes occasional volumes under its own imprint, Neptune Press, including an illuminated edition of Aleister Crowley's The Book Of The Law.

Geraldine is a renowned speaker on esoteric subjects and regularly gives talks on topics such as Aleister Crowley and The Tarot of London.

As well as Aleister Crowley, many other famous names in the history of magick and paganism have frequented The Atlantis Bookshop. Gerald Gardner attended meetings of The Order of the Hidden Masters in its basement during his formative years, and the shop published his first book on witchcraft, the novel High Magic's Aid.  Gardner even met Ross Nichols -  a founder of modern Druidry - at Atlantis.

I took the photos on this page just before Altantis was hosting its Saturnalia party last week. Sadly I couldn't attend the party as I was booked for a paranormal investigation that night. I popped in earlier in the evening to browse its books and say hello to Geraldine. 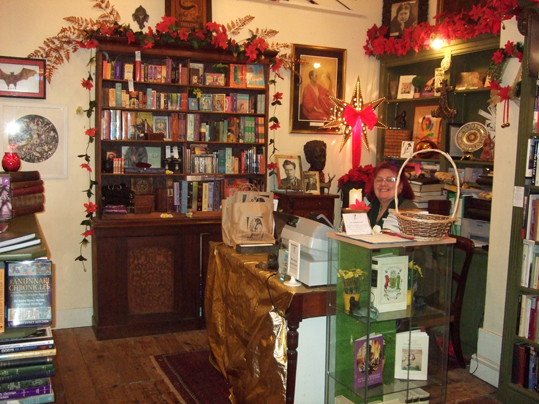