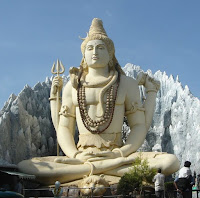 Here is an article by freelance writer Helen Young about yoga and mindfulness. It follows on from her feature last week about personal development through mind, body and spirit:

Yoga and mindfulness meditation are taking the world by storm in a variety of settings – spiritual activity groups, rehabilitation centers for addiction and residences for the elderly, as a means of battling stress and resisting depression and anxiety.

The current popularity of mindfulness meditation, however, can be attributed in no small part to the array of studies carried out in the past decade, which have shown quantifiably significant benefits for this practice. One recent study, published in the Journal of Neuroscience and carried out by scientists at the Wake Forest Baptist Medical Center, has shown that mindfulness meditation reduces pain more effectively than placebo. The findings are significant because placebo-controlled trials are considered the gold standard method for testing the efficiency of medications, therapies or treatments.

The study relied on a dual approach: pain ratings and brain imaging. Some 75 healthy patients were placed into one of four different groups: mindfulness meditation, placebo meditation (fake meditation), placebo cream, or control.

Pain was assessed by heating participants’ skin to 120.2ºC using a thermal probe. The participants then reported the intensity of pain felt, and the unpleasantness of the pain. Brain imaging scans were used, with magnetic resonance imaging technology, to view changes in the brain before and after meditation, placebo, etc.

The mindfulness meditation participants reported a 27 per cent reduction in pain intensity and a 44 per cent reduction in unpleasantness. The placebo cream group had an 11 and 13 per cent drop in the same categories. The MRI imaging also showed significant differences: patterns of brain activity varied between groups, with mindful mediation activating areas in the brain linked to the self-control of pain. Another area of the brain, the thalamus, was deactivated during mindfulness meditation, in contrast to all other conditions. When the thalamus is turned off, it can cause pain signals to diminish or disappear.

Because mindfulness meditation is able to reduce the intensity of pain and our emotional response to it, scientists suggest that four 20-minute sessions be used daily among patients receiving pain treatment in hospital settings. It can also be argued that everyone, even those not experiencing great pain, should introduce mindfulness meditation into their daily routine, to combat minor pain and to avail of the many other benefits of this practice.

The above study is not the only one to shed new light on mindfulness; one study, carried out by scientists at the Massachusetts General Hospital, found that participation in an eight-week mindfulness meditation program promotes measurable changes in the brain regions related to empathy, stress, memory and sense of self. The study revealed that meditation does not only promote a state of peacefulness; it also has cognitive and psychological benefits that last throughout the day. MR images showed that those who meditate have more grey matter in the hippocampus (which is responsible for learning and memorisation). The same effect can be seen in the parts of the brain responsible for compassion, self-awareness and introspection.

Finally, a study carried out in February, 2014, by researchers at the Association for Psychological Science, showed that mindfulness can help us make more rational decisions, by enabling us to remain in the present moment and make choices without being subject to past prejudices and biases. Meditation reduces the extent to which we focus on the past and future, and reduces the burden of negative emotions. Interestingly, there is also plenty of research indicating that by setting just a few minutes aside per day to focus on breathing and mindfulness, we can reap a plethora of benefits which includes greater spirituality, lower stress levels, and an increase in our quality of life, as we begin to exist the way we were meant to: in the here and now.

The picture shows Statue of Shiva in Bangalore, Karnataka, India, performing yogic meditation in the Padmasana posture shared under creative commons from Wikipedia
Posted by Badwitch at 08:19