A Look at Cthulhu and Contemporary Occultures 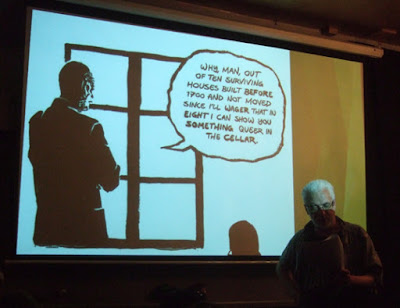 Last Thursday I was one of the lucky ones who managed to hear the talk on Cthulhu and Contemporary Occultures at the London Fortean Society, because it sold out very soon after tickets went on sale.

and Dr Justin Woodman, an anthropologist specialising in Lovecraftian occultures who I previously heard talk at ASSAP's Seriously Possessed conference. It examined some of the reasons why Lovecraft’s creations have struck such a significant chord within both modern esoteric thought and popular culture. The description on the London Fortean Society website said:

Phil and Justin started by looking at how the Cthulhu Mythos has grown from being obscure horror fiction with a small cult ;) following to being a ubiquitous brand. You can now get everything from Cthulhu plushy toys

to Cthulhu butt plugs (yes, really). And while those items are still somewhat sub-culture - even if they range from the cute to the, erm, weird - Cthulhu is even entering the mainstream with things like Cthulhu Monopoly.

(And now I know about these things, I have to own a copy of Cthulhu Monopoly as much as I really don't have to own a Cthulhu butt plug.)

However, the main part of the talk was about the intersection between the Cthulhu mythos and the occult. While the stories by HP Lovecraft were written as fiction, the mythos has been utilised in reality by those practising the occult. The appeal is the lure of forbidden knowledge that is at the heart of the stories. 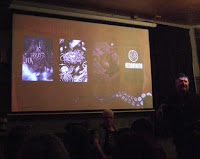 There have been many attempts by occultists to order the Great Old Ones - the immensely powerful, alien and ancient beings that are the threat to humanity in Lovecraft's books, yet can teach incredible secrets to their followers at the expense of their sanity. This ordering has include attaching them to the Kabbalistic Tree of Life. Some occultists have even said that Lovecraft was a channel for real entities even if the writer himself didn't know it.

Kenneth Grant was one of the first occultists to explore the boundaries between fiction and magic. He used fiction as a jumping off point into magical realms. This took off further in the 1980s with the rise of chaos magic. Justin Woodman was himself a member of the chaos magic group The Esoteric Order of Dagon in the 1980s and 90s, along with the late Steve Ash.

I have heard both of them describe rituals to invoke the Great Old Ones in the past and Justin gave another account at The London Fortean event. The tales are fascinating and highly entertaining, although I have to say that over the years I might have detected them growing just a tiny bit with the telling.

Rare grimoires that reveal the secrets of the Cthulhu mythos are a key feature of Lovecraft's fiction, the main one being The Necronomicon. Publications have since been printed purporting to be genuine editions of the blasphemous Book of the Names of the Dead, the most famous is the Simon Necronomicon, probably written by Peter Levenda and containing a mixture of ancient Middle Eastern mythological elements with allusions to the writings of Lovecraft and Aleister Crowley (pictured below right with Jack Parsons and L Ron Hubbard)

Phil and Justin went on to look at how different strands of interest in the Cthulhu mythos had merged over the past few decades. Back in the 1970s, 80s and 90s, various groups were interested in the Cthulhu Mythos from different perspectives, but they were very separate. There were fans of horror and SF fiction, people who played the Call of Cthulhu roleplaying game

(of which I was one), and occult groups using the mythos in ritual workings. However, they didn't really interact with each other.

What has happened since the start of the millennium is that the boundaries between these interest groups have not only broken down, but there has been a blending and merging between them. The Cthulhu Mythos has reached mainstream culture too. In fact it has almost become ubiqitous, with Lovecraftian monsters and themes appearing in a wide variety of films, TV programmes, books, games and, as mentioned earlier, other merchandise. The question is, has this softened it? How difficult is it to be scared of the concept of an alien entity about to destroy the world when you can only visualise it as a plushy toy? Or the Stay Puft marshmallow man? (Sorry, there's another boundary broken ;) )

Phil and Justin ended by talking about how academics and philosophers are now exploring the works of HP Lovecraft. The final picture (below) shows serious philosophical books about Lovecraft. The cover of one of them, In the Dust of This Planet,

has gone on to be printed on T-shirts and jackets worn by celebrities.

It will be interesting to see whether this fashion for all things Cthulhu continues or wanes - or whether, in fact, the stars are right and this just heralds the return of the Old Ones summoned by occultists who perhaps should have been a bit more cautious... 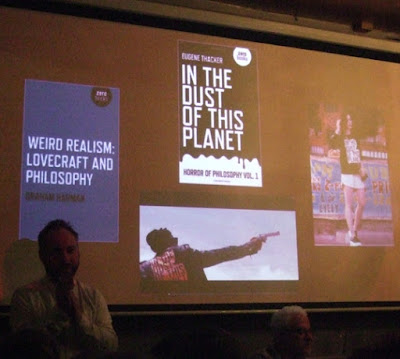