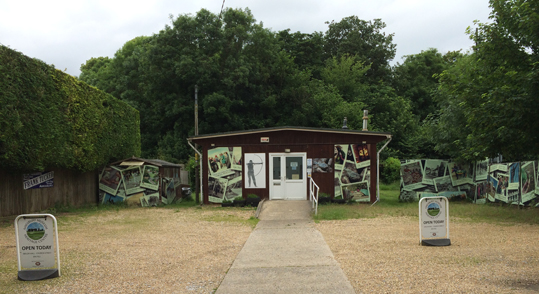 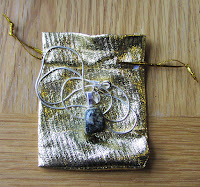 Being at Stonehenge for the Summer Solstice gave me the first chance I had had to touch the stones since I was a child - and I agree with those who say the small circle of Preseli bluestones feel as though they have healing energy. From the outside, they are overshadowed by the sarsens, but from the inside the bluestones feel more powerful yet more gentle than their huge, imposing brethren.

And I was also surprised but delighted the next day when my hubby bought me a gift of a Preseli bluestone pendant at the Amesbury History Centre. 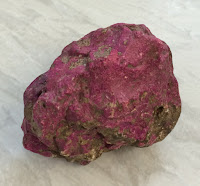 Amesbury is a lovely town close to Stonehenge. Archaeologists have found evidence that it is the oldest continuously occupied settlement in the UK, with humans first living there about 8820BC. So, archaeology from the area has a lot to tell us about our ancient ancestors and why they might have stopped being wandering hunter/gatherers.

The history centre is the best place to find out all about it. Although the centre doesn't look that much from the outside - let's face it, it is a hut - the volunteers there are really helpful. I was taken on a guided tour of the exhibits and even allowed to handle some of them - including the pink rock that you can see on the left. That isn't its natural colour. It is a piece of flint that turned pink due to rare algae found naturally in a forest pool in the area.

One theory is that ancient humans might have thought whatever made the rocks turn pink also imbued them magical powers. People may have first settled here because they thought the land was magical.

I agree - it's a centre crammed with so many unusual artefacts. The volunteers gave me so much expert knowledge when I visited.

I often stay in Amesbury and visit the stones. Amesbury itself is a good place to spend time. After all people have been living there longer than they've lived anywhere else. The whole place is magical.