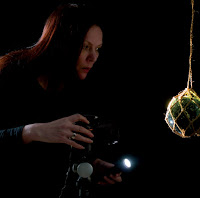 Of all the books about witchcraft and magic that have come out this year, the one I've most eagerly awaited is Of Shadows: 100 Objects from the Museum of Witchcraft and Magic by photographer Sara Hannant and museum owner Simon Costin. But the wait is over - Of Shadows is launched today, Halloween.

Actually, I should admit my wait was over a few weeks ago. I was kindly sent a preview copy by Strange Attractor Press under strict instructions not to post a review until 31 October.

I couldn't wait to read it though - and I spent a whole evening engrossed in its pages. Each spread consists of a photograph taken by Sara Hannant on one side with information about the history and background of the item on the other. It is very informative - and the photographs are amazing. The very first image in the book had me captivated - and gave me a tingle of synchronicity. It shows Sara photographing a fishing float used as a scrying glass. Shortly before I saw that, I had been asked to run a scrying by candlelight workshop at The Atlantis Bookshop and had been going through my own collection of crystal balls and objects used for divination.

One of them was a dark green fishing float that had been passed down on my mother's side of the family, which came from Cornwall. In my family it was traditional to do fortune telling on Halloween - usually after an evening of party games. Sometimes we tried scrying with the old fishing float. It wasn't until I read Of Shadows that I realised how common that folk magic tradition must be in Cornwall.

As Sara said at a talk entitled Witchcraft's Artefacts at Treadwell's earlier this year, the things she chose to photograph were ones that intrigued her as well as being examples of the wide range of items in the Museum of Witchcraft and Magic in Boscastle. They include dolls, wands, statues, knives, pendants, clothing and amulets. Some were prominently displayed at the museum, others had came from the archives.

She first tried to photograph them during daylight, but found that didn't bring out the essence of the objects. She explained: “It was best to photograph at night. This enabled the objects to emerge from the darkness, where it is said magic begins.” 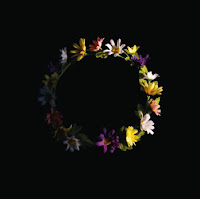 It works. The items do look magical and mysterious, lit by narrow spotlights against complete blackness. This both emphasises the features of the artefacts and hints at their hidden depths of purpose. And, of course, the book's title Of Shadows, both refers to the photographic technique used and the name for a witch's book of spells and rituals - the Book of Shadows.

Of Shadows starts with an introduction by the leading historian of British witchcraft and magic, Professor Ronald Hutton. In it he talks about the importance of the collection of witchcraft-related items in the museum, and how historians have only recently begun to recognise this. Too true.

Of Shadows: 100 Objects from the Museum of Witchcraft is published by Strange Attractor Press. All the photos from the book and on this page are copyright Sara Hannant. There is a launch party at Lo and Behold, 2B Swanfield Street E2 7DS on November 1. An exhibition of Sara's photographs is at the same venue until 2 November. More details here: http://www.badwitch.co.uk/2016/10/of-shadows-objects-from-museum-of.html