Remembrance Sunday: Death of a Hero 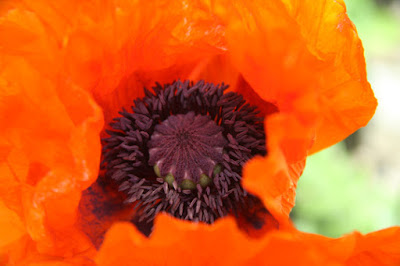 I wrote the poem at the bottom of this post several years ago, after the death of my father. It is not a poem I feel comfortable about now because it seems to glorify war - something I do not normally see as glorious. So, I am going to first talk about why I wrote the poem.

My father died an old man, and although he was surrounded by his family at his deathbed - myself, my mother and others - I couldn't help but think of the many old people who die without those things.

My father was Polish and had fought in The Polish II Corps, a unit of the Polish Armed Forces in the West during World War II. It was commanded by Lieutenant General Władysław Anders and fought with distinction in the Italian Campaign, in particular at the Battle of Monte Cassino. It was always something my father was proud of.

At the age of 86, my father died a slow, lingering death in hospital after contracting pneumonia and an MRSA infection following what should have been a routine knee operation. Sitting a death vigil for him, night and day for over a week, I felt that I better understood why some pagan cultures such as the Vikings thought that it was better to die in battle than to die of old age. And I also think that old people in our own modern society too frequently die without dignity, alone and unwanted.

And that is why I wrote this poem, Death of a Hero, which I am posting here on Remembrance Sunday:


Die before you get too old
Die for something you believe in
Die in some glorious last stand
Defending what and who you love
But do not die alone
Old, unwanted and forgotten.

Thats very moving, I don't think you glorifying war in this, but rather honouring those who have to take part , and thats a very different thing.