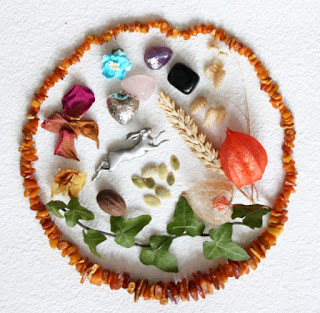 In 2016 I did about half of the things I planned at the start of the year. The main reason I didn't do more was that I got very busy editing a book called Every Day Magic: A Pagan Book of Days by the Moon Books community of authors and writers. It contains 366 spells, rituals, meditations, pagan prayers, recipes and craft projects among other things to do and gives an insight into different pagan paths and how each day of the month throughout the cycle of the seasons can be observed.

The book was a labour of love, because I will not be earning any royalties from it, neither will I or any of the other contributors be paid for any of the writing that went into it. However, it was a joy to work on and I am really looking forward to it being published towards the end of 2017.

Another thing that took up more of my time than I expected was running a series of workshops and talks on candle magic at Treadwell's, The Atlantis Bookshop and various pagan festivals.

I started 2016 knowing that I was doing one workshop to coincide with the launch of my book Pagan Portals - Candle Magic, but that quickly turned into a regular event and will be continuing this year. I am also running another workshop at Atlantis on scrying by candlelight.

Below is my list of new year resolutions for 2017. It  includes some things I failed to do last year, some things that are inspired by stuff I did in 2016 and a new project or two that I'm keen to try out.
I hope 2017 brings good things to everyone. Happy new year!

I'd love to do more magical feel good things too!
the candle labyrinth sounds wonderful. :-)