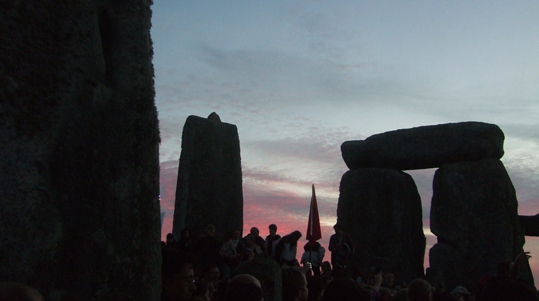 A famous saying is that the only two things that are inevitable are death and taxes. Well, there have certainly been some tragic deaths this past year and many of those gone seemed far too young. Not quite so tragic, but certainly inevitable for someone who is a freelance writer, I have been getting my accounts done before the end of the year when the taxman cometh.

While I certainly don't enjoy doing my accounts, looking over all the receipts for things I've bought and places I've visited mostly brings back happy memories - such as photographing the lantern festival last winter. Mind you, I guess being a pagan writer and blogger means I get to buy more interesting things and visit nicer places than if I was, say, a freelance plumber.

This is also the time of year when I look over the new year resolutions I made 12 months ago and if I achieved them. Instead of making just one resolution each year, I like to write a list of at least 10 things I want to do. The idea is that with a lot of goals there's a good chance of getting at least some of them done. Here's the list of what I hoped to do in 2016 and how well I succeeded: 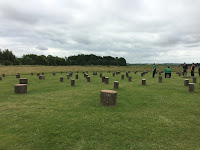 2. Visit at least one ancient pagan site that isn't in London
The day after the Summer Solstice I visited nearby Woodhenge. I blogged about it, along with a photograph of the nearby Cuckoo Stone. You can read the post here.

5. Have a give-away
I did run a give-away at my local pagan moot, although I didn't blog about it. Everyone was invited to bring along something to give away or swap. I gave away a divination deck and a rose wand I had made; in exchange I got three small pieces of obsidian.

6. Do something to raise money for a charity
Although I took part in some charity events other people organised, I didn't do a fundraising event myself. My excuse is that I got extremely busy editing a book as a community project, which I'll give give more details about later in this post.

7. Learn to make a drum
No, again this was due to being very busy and not having enough time to do some of the other things I wanted to do.

8. Learn the basics of blacksmithing in order to make my own athame
No, for the same reason.

9. Build a wicker man
No, again I was too busy.

10. My book Pagan Portals - Candle Magic was published early in 2016, so I felt it was time to start writing another book

Yes, and this is the reason I was too busy to do several other things on my list. I submitted a proposal to Moon Books to edit and write for a community project - a book called Every Day Magic: A Pagan Book of Days.
Every Day Magic contains 366 spells, rituals, meditations, pagan prayers, aphorisms, divinatory techniques, recipes and craft projects along with the details of pagan festivals throughout the year. It is a book by the Moon Books community of authors and writers, giving an insight into different pagan paths and how each day of the month throughout the cycle of the seasons can be observed.
The book was a labour of love, because I will not be earning any royalties from it, neither will I or any of the other contributors be paid for any of the writing that went into it. However, it was a joy to work on and I am really looking forward to it being published, which should be towards the end of 2017.

As soon as my accounts are out of the way, I will think about what my new year resolutions will be for 2017. If you have any suggestions, do leave a comment.
.
Previous post: http://www.badwitch.co.uk/2016/01/the-bad-witchs-10-new-years-resolutions.html

As you mention plumbing I may try and learn that, it would save me a small fortune .

Can't wait for the Pagan Book of Days! Well done on accomplishing so much in 2016 Lucya. :o)