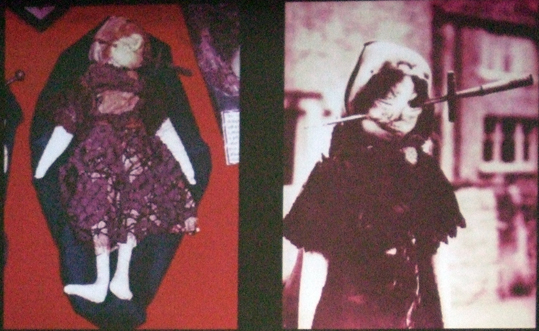 At The Nameless Arte conference on traditional witchcraft last weekend, one of the talks was about poppets. It was called The Graven Image: The Crafting and Manipulation of Effigies in British Witchcraft by Martin Duffy, who is the author Effigy: Of Graven Image and Holy Idol, He is also an expert on Sussex folklore. Here are the notes I took of Martin's talk: 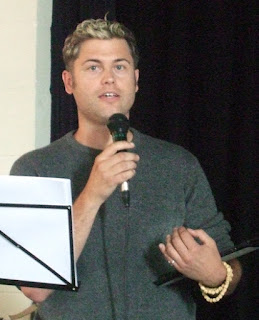 Often called poppets in traditional English magic, the British use of effigies derives from Graeco-Roman practice of kolossoi, which were small dolls used for ritual purposes, which in turn comes from Egyptian practice. kolossoi were named for the victim then melted or broken and taken to a tomb, cemetery or watery grave where the spirits of the restless dead would intercede on magician’s behalf to give them what they desired.

Kollosio were often destroyed as part of the magic rite, so few have been found in UK. One rare example was discovered in West Sussex at Fishbourne Roman Palace in 1992. It was made of lead, which is pliable.

The earliest mention of a poppet is in a 10th century charter in which a widow and her son were charged and had land stripped from them for putting an iron nail in an effigy. In the 16th century Reginald Scott, author of The Discoverie of Witchcraft, mentioned that poppets were greatly feared by people. They became increasingly popular from the 17th century because of 17th century magical texts that mention them. A picture from 1646 by Salvator Rosa, Witches at their Incantations, shows witches with a poppet struck with nails, reflected in mirror.

When making poppets, the materials are usually chosen for their suitability for purpose. You would use enduring things for long spells, but stuff that decayed for things to make people waste away. Other things are added for magical reasons. The cunning man John Walsh said he added earth from a new grave and ash from bone. He added to his mixtures a black spider and water in which he washed his toad familiar. These things were added for their occult virtue.

Clay was a favoured material for dolls because it is easily available and cheap. Isobel Gowdie, a famous Scottish woman who confessed to witchcraft in 1662, claimed to say a chant over the ingredients mixed with a clay medium she called moon paste. A Highland recipe for moon paste says it is made from dried, crumbled clay and water from seven wells and is then kneaded under a full moon in a churchyard while herbs are added. Poppets could be used to bless or curse depending on the desire. 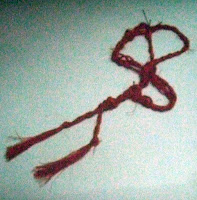 A wax doll was found in Anne of Cleves’ house in Lewes. Wax is particularly common for making poppets – it can be cast in moulds or sculpted. Mary Nalder, a wisewoman of Stepney, London, carved wax dolls with small bones including a penis bone. Black and red pigments were often used to colour the wax, which could be sealing wax or lamp black.

Cloth dolls could be stuffed with ingredients – particularly with things that have been in contact with victim. The dolls could be dressed in cloth worn by them too. A less usual form is knotting and plaiting a length of string or rope. One knot doll was sent to a farmer by a farmhand he had sacked.

Roots can also be used. Favoured ones are bifurcated roots such as mandrake and white bryony for male dolls, or black bryony for female. Witches would carve effigies into bryony or mandrake of people they intended to curse. A deadly nightshade root was found on the Isle of Man stuck with pins in coffin box.

Animal effigies are uncommon, but an animal might be tortured or killed and stuck through with thorns in order to harm a human. Toads or frogs were especially used. They were often named for their victims and then the toad was killed in a nasty way. 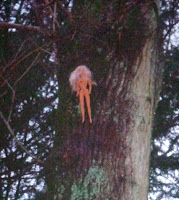 Salt dough is another material used and other more modern materials have been pressed into service. Plastic dolls are now quite common. In Kingley Vale yew forest, in Sussex, four dolls were found stuck in trees that were toys from McDonald's happy meals. Photos can be pinned to poppets and sometimes the photo itself is used as a poppet – it can be set fire to or pinned. However, the use of pictures for this purpose is old. In 1603 one of Queen Elizabeth’s ladies in waiting found a queen of hearts playing card used in that way.

You can bind hair and nail clippings into a poppet. The idea is that they contain the vital essence of a person and form a link. Cavities can be made in wax or clay for objects such as nail clippings, paper with spells on them, ashes etc. You can also wrap an effigy in cloth that was used to mop the victim’s sweat, tears or blood. A link can be made through the written name – sometimes written on the forehead.

Poppets can be identified with spoken name. Witches in Somerset in the 17th century took dolls to the “Devil” - which might have been the name given to a person. He anointed them on the brow with a name and give them back to the witches who would throw them on the ground and curse their victims. Some were baptised with holy water stolen from churches. In 1554 one bishop decreed that babies must be naked at baptism so people couldn’t hide dolls on them.

Dew is also used to baptise poppets, especially that fallen on graves. Cecil Williamson, founder of the Museum of Witchcraft and Magic, said this should be collected on 1 May at sunrise. You should have two cloths – wipe one on a man’s grave and one on a women’s, then wring out the cloths and collect the dew in bottles. 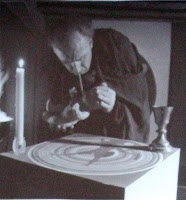 Once the dolls were made and baptised, they need to be brought to life – some give the breath of life to a doll, some do this by passing it between their legs. Cecil would blow on the poppets he made. To render them useless, the most favour way is to do the ritual process backwards, undoing it in the reverse order in which it was created.

Often a spirit is thought to intercede to make the desire work. Spirit intercession is more important than actually sticking pins in the doll. The pin sticking is just showing the spirit what you want done.

Often the doll was then hidden. Some people say that dolls were just used for intimidation, but historically most were hidden, implying the spells were intended to be done by magical agency rather than with intimidation. Also, most people would know how to break the spell if they found the doll and it could be use to work backwards to the caster.

Dolls were often hidden close to the victim or where they would walk past them, or in their home, attic or threshold. At other times a place sympathetic to the work was used; so a nasty place for a curse or a shrine for healing. The place would help the witch out. For example, Kingley Vale has a lot of folklore related to death. Graveyards are place where spirits of the dead reside and could be asked to help out with spells – just as they were for the Greeks and Roman kolossoi. 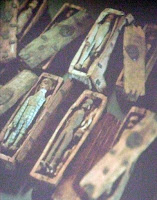 Sometimes dolls were placed in containers that shut the power, in such as coffins for curses. Famously 17 miniature coffins with dolls were found in Edinburgh in 1836. The reason for them being there is unknown – they could be curses or to lay souls to rest for those who had died. Sometimes they are placed in vessels that encircle the poppet with a spell. An example is an old pickling jar found with a poppet, pins and a lead tablet including a seal of Saturn on the poppet’s chest and words on the back of vessel.

Garlands could be laid around the poppet. The tanglefoot charm involves wrapping the doll in ivy, which is restrictive. Effigies can be put to many uses, limited only by the imagination of the practitioner, but the most common are love, sex, revenge and power.

The pictures show Martin Duffy and photos of the slides he used in his lecture.