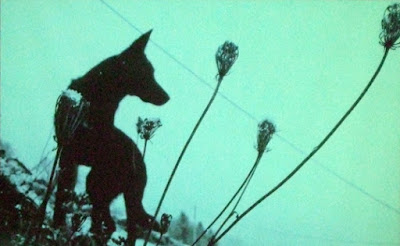 Dr John Callow, author of Embracing the Darkness: A Cultural History of Witchcraft, gave a talk called 'I Shall Goe Unto a Hare' - Isobel Gowdie, Covens, Shamans and Familiar Spirits in 17th Century Scotland, at the London Fortean Society conference, The Haunted Landscape, last week.

Isobel Gowdie was a Scottish woman who confessed to witchcraft at Auldearn in 1662. Her testimony has been interpreted by many modern pagans, witches and writers in a variety of ways, but the facts behind her case are sometimes obscured by desires of modern writers to make her what they want her to be. Dr Callow examined the evidence of the case and here are the notes I took during his talk:

Dr Callow (picture below left) started by saying that the Isobel Gowdie case demonstrated how, with limited evidence, we can project cultural stereotypes and wish fulfilments on the past.

His interest in Isobel Gowdie started 17 years ago when he was writing short biographies of 17th century figures. For each one he had to fill in a standard form with boxes for things like their job and the manner of their death. He said that is easy for a clergyman or soldier, for instance, but Isobel Gowdie’s said “witch” - and that is debatable in itself. However, we have a tendency to fit people into neat boxes – particularly  journalists who want a single word to describe someone - and a moment is enough to define a life. 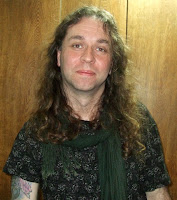 Isobel Gowdie was unnoticed for much of her life and probably would have gone on like that except that in 1662 she confessed to witchcraft in a court. She seems she was filled with guilt and from 13-17 May gave for confessions of witchcraft. From these statements we get glimpses of her. All the rest is conjecture.

Court records say she was married, sexually active and where she lived. She went in to court to unburden herself. It was her tragedy that the authorities had preconceptions about what did or didn’t happen in the practice of witchcraft so she had no freedom to express her evidence as she had planned. We don’t know if she was coerced or beaten.

The judges wanted to make sure list of her crimes were reworded and clarified to fit with accepted texts on witchcraft. Her narrative breaks off – she is talking of a hollowed hill splitting asunder and elf balls frolicking on hillside, but the court recorder was not interested and ended his detailed transcript, writing “etc, etc, etc”.

That means you are not going to get all the details about fairy lore as the court didn’t want that, so quickly you get to the formulaic account – she met devil and entered covenant with him, denied Christianity and was baptised in a parody of Christian rites.

She got more and more lurid about her sexual relationship with devil, describing leaving her husband with a broom to double as her in the bed and talking about the devil’s prowess luridly. She confessed that with her familiar she ruined crops, soured milk and transformed herself into hares and crows. Then she said she entered the houses of the gentry to eat and drink. Rich food is rife in all her confessions; she eats and drinks and is not hungry – that is even a big part even of her fairy confessions.

However, the court is more interested in people she killed. She said the bloke she couldn’t kill was the local clergyman. She wanted to kill him, but the devil couldn’t bring him down. It is conceivable that her guilt made her prepared to say anything. Just before sentence was passed she said she wanted a bad thing to happen to her – a harsh sentence.

The traditional view is that she is was burnt at the stake, but there is no record that happened. The court papers were forwarded to the Scottish Privy Council, but were also returned to Auldearn. In the Privy Council reply, the first side offered a pat on back to the authorities. To paraphrase, it said: “You have done really well, all we could wish for. The privy council is pleased and you have convicted her, good, she is guilty.”

However, there are 15 separate articles in which you begin to get germ of enlightenment vision. The articles asked: “Is there any evidence she was depressed or deluded? Is she suicidal? Does she desire to die? Has she been coerced or tortured? If any of these things are true, you should show leniency and let her go.”

Dr Callow then looked at why she is significant as cultural icon and for the modern pagan movement.

Scottish antiquary Robert Pitcairn discovered Isobel Gowdie’s records in 1833 and sent the details to Walter Scott, who had been toying with the idea of writing about witchcraft. His 1830 book, Letters on Demonology and Witchcraft was published in time for Christmas. It was a book designed to make money and he turned it around fast for that reason.

Scott set down the confessions of Isobel Gowdie, describing her as archetype of Macbeth’s three witches and mooting the idea of the coven. This became rooted in tradition – with Isobel as the maiden of a coven of traditional witches.

Isobel was later recast in several books of fiction, including describing her as a beautiful girl from a good family fallen on hard times, a good Catholic, and having long red hair.

Dianic witchcraft took inspiration from Isobel’s confession that she met her female neighbours in a kirkyard and one book described her drawing down the moon naked there. Margaret Murray tried to systematise witchcraft, so she downplayed the off-the-wall stuff in Isobel’s confessions and overemphasised a system of covens. Margaret Murray posited a ritual calendar in which  witches met at Candlemas. This influenced the modern pagan witchcraft movement. Actually, Isobel more accurately said “about the time of Candlemas" she went into the kirkyard at Auldearn.

With modern rave movement the shamanic power of Isobel’s confessions came to the fore. But if shamanic practices had been going on, there might be more evidence than we have of it.

Dr Callow said that Isobel Gowdie gives us the freedom to dream about the past, because in between the gaps in the court records, “your guess is as good as mine”.

To wrap up, he said that Isobel Gowdie’s case was of conflicting cosmologies, highland traditions and lowland traditions. Without evidence of execution, she probably left court and lived on in obscurity. She was probably just a poor woman who was often hungry and knew folk charms.

You can view Embracing the Darkness: A Cultural History of Witchcraft on Amazon.

The picture at the top shows the main slide at the London Fortean Society Haunted Landscape conference.

Interesting. Will buy the book and add to pile to get round to reading. More Scottish witchcraft than English perhaps because the former country was much more remote and closed from modernising influences and better ways of entertaining oneself e.g. theatre, music, dancing round the maypole (subject to Puritan killjoys stopping the foregoing). And of course the wonders of Presbyterianism meant everyone was frightened and guilt-ridden. War and poverty and unrest in the time of Isobel Gowdie (persecuted becoming persecutors) complete an unappetising but fascinating picture.