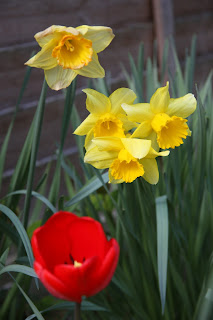 Here is a round-up of news stories about traditional ways of celebrating Easter and the arrival of spring, as well as some signs of spring's arrival in nature:

"Signs of spring starting to arrive" - story at the Daily Echo: http://www.dailyecho.co.uk/news/16115620.Signs_of_spring_starting_to_arrive/
Posted by Badwitch at 08:00