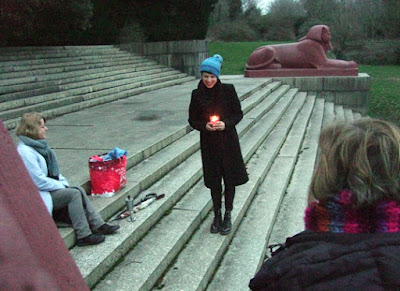 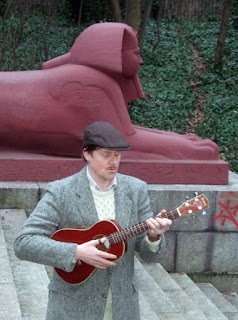 Here are some photos I took at Magic at Dusk on Saturday in Crystal Palace park.

Magic at Dusk was an evening of storytelling and music with London Dreamtime, in which we were invited to sit among the sphinxes as the sun set for a terrifying story of magic and the wisdom of Thoth.

Vanessa Woolf of London Dreamtime is a brilliant storyteller. Her tale of tomb robbing in Ancient Egypt, a life-or-death wager over a game of senet and a mummy's curse was perfect for telling among the park's historic sphinxes.

These large statues were once guardians at the gates of the Crystal Palace itself before it burnt down in the 1930s. They now stand at the foot of stone steps leading seemingly to nowhere, but are grade II listed and were restored just a couple of years ago.

At Magic at Dusk, as well as the storytelling, there was live music from George Hoyle. He had put the words of poems by Aleister Crowley to music for a couple of his songs. It was most fitting.

You can find out more about London Dreamtime here: https://londondreamtime.com/ 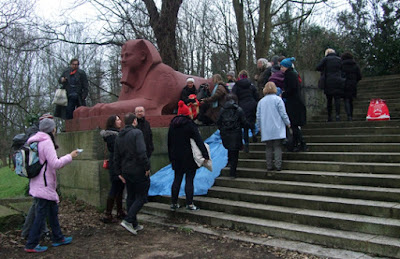