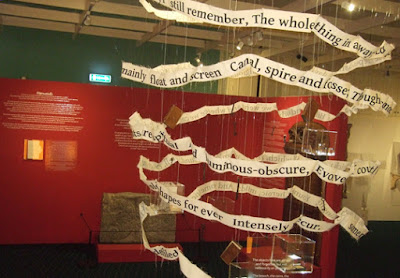 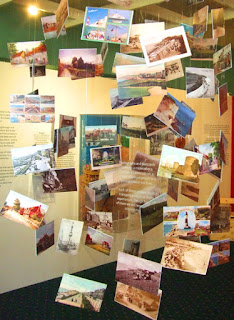 Our memories are precious - but are they accurate or are they rosy-tinted?

There's an exhibition on at Eastbourne Pavilion at the moment called Eastbourne Remembers. I popped in to have a look - largely because it was free - expecting it to be a nostalgic look at the seaside resort's history through the personal accounts of both residents and holidaymakers.

It was partly that, but it was also a whole lot more. As well as showing objects from Saxon treasures to 20th century postcards, the exhibition looks at how our memories work and why they aren't entirely trustworthy. An explanation on one wall says:


"Memories are added to and embellished every time they are brought out and thought about. The additions to the memory change depending on where you are when you remember it, who you're with and how you are feeling. Every time you think about them your memories actually get further away from the truth, yet feel more real. Even remembering and retelling a story can change the details depending on who the story is being told to, their beliefs, what they think might be irrelevant and what they find most important... When we listen to someone speaking, we interpret and remember the message of what they are saying rather than their exact words. In fact, similar neural systems in our brains are used for both autobiographical memory and future thinking - they both rely on a form of imagination."

I found this particularly fascinating as I had earlier that day been reading a thread on a pagan social media group in which a vast number of those commenting claimed they came from a long line of hereditary witches. They recalled memories of being taught witchcraft by their parents or grannies etc. Some of the stories they told seemed to me far-fetched and unlikely. I didn't like to call any of them liars, of course. That would have been rude.

Then, going to the exhibition, I realised they weren't lying. They genuinely remembered being taught witchcraft at the knees of their elderly relatives and being told that this had been passed down through generations. Except, of course, their memories were partly formed by their imaginations interpreting something that probably really had happened in a new way because they were chatting to fellow witches who were saying similar things.

They weren't lying, but most likely their memories weren't entirely accurate either. That's the way memory works - and is why we always need to look at the evidence when writing history, as well as recording people's personal anecdotes. Memories aren't always real.

It was a little while ago that I went around Eastbourne Remembers. I'm visiting the town again over the Bank Holiday weekend and I might pop in to the exhibition again and have another look. My memory of it probably isn't as good as I would like to think it is...

Eastbourne Remembers is at the Pavilion, Royal Parade, Eastbourne, BN22 7AQ. The exhibition is free and runs until Sun 4 Nov 2018. http://www.heritageeastbourne.co.uk/eastbourne-remembers.aspx

The photos on this page are ones I took at Eastbourne Remembers.

Wonderful post ,thank you, it has got me thinking.
Norm.

Glad you liked it.