You are Never Too Old to Follow Your Dreams 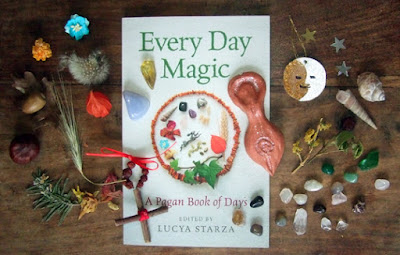 It is New Year's Eve and I'm reflecting on the huge change of course I took in my life in 2018.

Back on June 13, a week before the Summer Solstice, I wrote a post for the Moon Books blog that had the title You are Never Too Old to Follow Your Dreams. 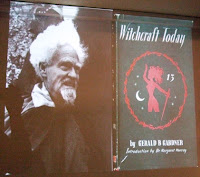 It was the birthday of Gerald Brosseau Gardner (1884–1964), the founder of modern Wicca. In the Moon Books community book Every Day Magic, the entry for that day was about him. I quoted it on the blog post I wrote, and here is the quote again:


Gerald Gardner is known as the Father of Wicca and was hugely influential in the history of modern Pagan witchcraft. He founded the Bricket Wood coven, wrote several books on magic and witchcraft, and helped Gardnerian Wicca spread worldwide. He did this after his retirement, proving that you are never too old to take up a new cause. What might you do?

Reading that over, I decided I would take up that challenge myself. I'd often thought I'd like to do an MA, but not done anything about it. So, on June 13, I took the first step and started looking around at the courses available at universities in London.

Within a few weeks I had been offered an unconditional place on an English Literature MA at Greenwich University, specialising in Literary London. The course started in September. 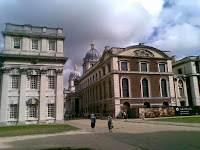 I won't deny that it is hard work. It has been nearly 40 years since I left university after my BA. Although I'd written books since then, I hadn't done an academic essay for years. Also, the university environment is very different from working in publishing - which I'd been doing for most of my career up to this year. But I don't regret it, even though I've found it tough at times.

I submitted my first essay last Friday and have no idea what kind of mark I will get for it. I have another essay to write in the next fortnight and I've not even started that yet. Nevertheless, I am already considering applying to do a PhD after this course finishes.

So, what do you want to do? What are your dreams? It is never to late to follow them.

Appreciate the recommendation. Will try it out.

Hi i am kavin, its my first occasion to commenting anywhere, when i read
this piece of writing i thought i could also make comment due to this sensible piece of
writing.

Hi there, I check your blog on a regular basis. Your humoristic style is awesome, keep it up!

Hi, just wanted to mention, I liked this post.
It was practical. Keep on posting!

Greetings! Very useful advice within this article!
It is the little changes that make the largest changes.
Thanks a lot for sharing!

Superb, what a webpage it is! This website presents helpful data to us, keep it up.