New Year Resolutions: Looking Back at my 2018 Plans 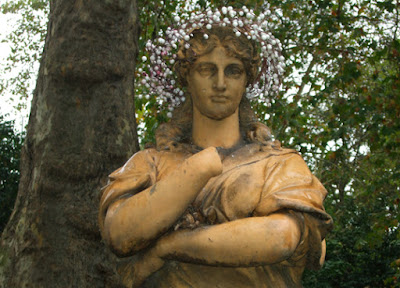 This is the time of year when I look over the resolutions I made 12 months ago and see whether I achieved any of them.

Instead of making just one resolution each year, I like to write a list of at least 10 things I want to do. The idea is that with a lot of goals there's a good chance of getting at least some of them done. Here's the list of what I hoped to do in 2018 and how well I succeeded: 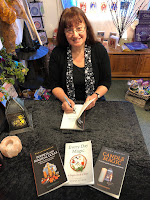 1. Run talks and workshops based on my book Pagan Portals - Poppets and Magic Dolls, which was released in August 2018.

Yes, I ran several - at Treadwells in London, at Wicca Moon in Eltham, at The Henge Shop in Avebury, at the Aspects of Witchcraft moot in Guildford, at a couple of private locations and I ran a Yule Tree Angel workshop at Friends Meeting House in Epping. You can see a picture of me signing books in Avebury to the left.

No. This has been on my list for several years now, but I still haven't got around to making one.

3. Try out a different craft project every month. 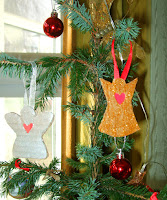 4. Visit at least one ancient site I haven't yet blogged about before.

I managed to get to several sacred sites, but I think my favourite was Wayland's Smithy.

5. Visit somewhere connected with the history of witchcraft that I haven't visited before.

When I was on holiday in Scotland, I visited a rock called Witches' Leap, with a fascinating legend.

6. Explore more of London on foot and write about aspects of the city I've not yet blogged about.

7. Write a monthly post called Tales from the Witch Room, about my own sacred space.

Here's a list of my Witch Room posts this year, although the photo to the right actually shows me doing a craft project in my witch room:
What Occult Bums Sat Here?
Saving Alan Leo's Papers
Cauldrons Big and Small
Pointy Hats
A Three-Legged Stool
My Sun Light for the Solstice
An Instrument to Call the Storms
UFOs and Papers All Over the Place
Autumn Equinox Decluttering
With Candles, Size Matters
Wow! What a Mess
My Real Yule Tree 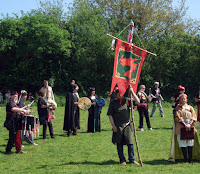 8. Attend at least one large pagan open ritual for a Wheel of the Year festival.

I went to a wonderful open ritual in Glastonbury for Beltane, featuring the dragons of summer and winter

9. Try out at least half a dozen guided visualisations from published books or audio recordings and review them.

Well, I half did this. I did the first six pathworkings in The Shining Paths by Dolores Ashcroft-Nowicki, which is such a classic book on the Qabalistic Tree of Life that I didn't really feel it needed me to review it. You can view The Shining Paths on Amazon.  However, I did review a book called The Witches' Pyramid: Wiccan Cabbala.

I started doing an MA in English Literature and submitted my first written essay yesterday. Does that count? I'll give myself another half for that I think.

That means I succeeded in 8 out of the 10 goals I set myself this year - if you add the two halves together. That's one better than the previous year. Who said New Year Resolutions don't work?