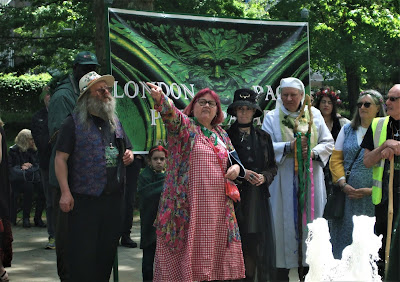 Here are some pictures I took yesterday at London Pagan Pride 2019. It was a perfect day for a picnic in the park with pagan friends and a Beltane-style parade through the streets of London.

The event started at noon at Russell Square Gardens, which is Bloomsbury's largest garden square. It has a great cafe too. When I arrived, I bought a much-needed coffee before strolling over to the area by the fountain where London's Pagans were gathering.

There was Morris dancing and drumming as well as stalls selling jewellery and offering information about pagan groups in the city. Many people had dressed up for the occasion or were wearing garlands of flowers. 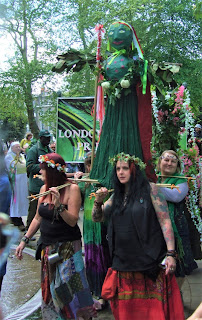 May Day was the theme, with a giant Green Goddess and Horned God created for the parade as well as a Jack-in-the Green. You can see them on photos on this post. The celebrations were opened by Geraldine Beskin of Atlantis Bookshop with representatives of Druids, Witches and Heathens of the community.

In the picture at the top, you can see Geraldine pointing in the direction the parade route was about to take. After circling around the fountain, the parade went through the nearby streets, past the British Museum and stopping briefly in front of two of London's best occult bookshops - Atlantis and Treadwells - where there was more dancing and drumming. Afterwards people returned to Russell Square Gardens for more picnicking and conversation.

London Pagan Pride Parade is the longest running Pagan Pride event in the world. It is a chance for Pagans of all paths, traditions and faiths to come together to make themselves known to the people of London and express their spirit of pride.

You can find out more here: https://www.facebook.com/groups/PaganPrideParadeLondon/ 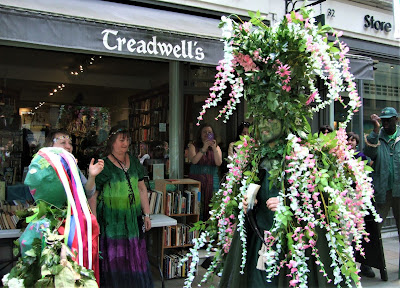 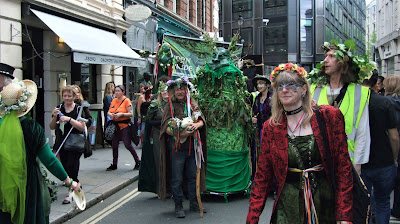