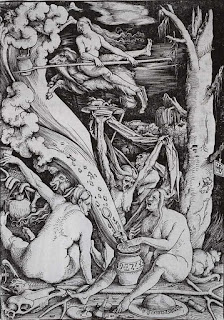 There's an evening class course on the history of magic starting this October at Imperial College, in London. It offers to teach the true history of magic, witchcraft and occultism from ancient times to the present day. It runs on Monday evenings from 6pm to 8pm and the first class is on October 14.

Here is the programme:

The tutor is Tom Waters, a university history lecturer and the author of Cursed Britain: A History of Witchcraft and Black Magic in Modern Times. Fees for the entire course are from £210 to £395. Classes will take place at Imperial College's South Kensington Campus. You can find the full details here: https://www.imperial.ac.uk/evening-classes/autumn-spring-courses/october-courses-list/history-of-magic/