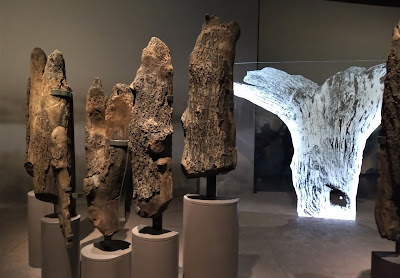 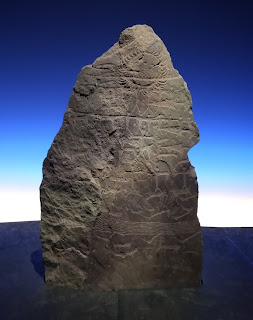 The World of Stonehenge exhibition in London is one you don't want to miss. I went at the weekend and loved it. Even though I'd read up about what I would see there, and blogged a bit about it in advance, I was really impressed.

One thing I probably don't need to say is that to see the famous megalithic circle for real you still need to travel to Wiltshire - but at the British Museum I learnt many new things about Stonehenge's cultural significance. The range of objects on display is truly amazing.

There are plenty of ancient stones on show, some beautifully decorated by the people who erected them. You can also see Seahenge - a timber circle discovered in Norfolk and created at about the same time as Stonehenge. The Star Carr headress made from a red deer skull demonstrates the way people in ancient times related to animals in a ceremonial context. The axes they made exemplify their skilled craftsmenship - and the stones they are made from demonstrate how well connected areas of Europe were. 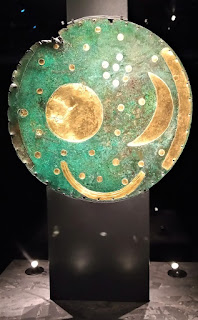 Audio-visual displays show Stonehenge's construction and ways in which it was used to mark the solstices, as well as the change from hunter-gatherer lifestyles to farming coinciding with the building of huge monuments. Activities that went on around Stonehenge included feasts and burials. Archaeological finds on display include the bones of animals they ate, grave goods and things they made - some pretty stunning as well as demonstrating how important the power of the sun was considered to be.

What I got most from the exhibition was an understanding of how metalworking later enabled people to create portable items to help them use the sun and stars for calenders. Technology moved on. The Nebra Sky Disc is an example of that, and I found it the most fascinating object in the exhibition. It was discovered in Germany and dates from about 1600BC. Made of gold and bronze, it depicts the seven stars known as the Pleiades, which can be used to mark both solar and lunar years. It would have helped farmers tell when to plant crops, for example, and was quite possibly the kind of thing that rendered Stonehenge obsolete.

The World of Stonehenge runs until 17 July 2022 in the Sainsbury Exhibitions Gallery at the British Museum. You can find details and tickets here: www.britishmuseum.org/stonehenge 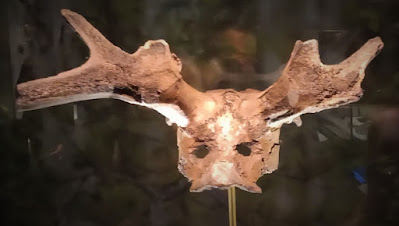