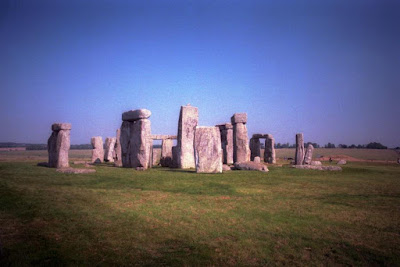 Stonehenge is not only England's most famous ancient monument, it is also a focus for modern pagans who flock there to celebrate the Summer Solstice as the sun rises over the Heel Stone every June. Yet the origins of the stone circle have long been shrouded in mystery, with no one really knowing why it was built or exactly when.

That has now changed.

The archaeologists began their investigation with the belief that the first stones to be placed at Stonehenge were the Welsh bluestones, which are much smaller than the main sarsen stones. When the circle was built, they were transported from Carn Menyn, which is 200 miles away, in Wales. In that area the blue stones were associated with healing magic and they could have been taken to Stonehenge because of those properties.

Earlier this year, the archaeologists excavated the base of one of the bluestones and an area measuring 2.5m by 3.5m between the two circles of sarsen stones, to try to find material that could be used for carbon dating and to find evidence for the original uses of the site.

They unearthed about 100 pieces of organic material from the sockets of the bluestone and sent 14 to Oxford University for carbon dating. The university placed them at 2300BC. This is the most reliable date yet, and is also about 300 years later than was previously thought likely for the bluestones' placement.

The archaeologists also discovered large quantities of chipped pieces of bluestone, evidence that people visiting the site for a few hundred years after its construction had hacked pieces off, presumably for their own use. There were far more chips of bluestone than sarsen stone in the excavated area, even though sarsen stone is native to Wiltshire.

An excavation of a burial site close to Stonehenge that dates from roughly the same period also provides some clues to the stone circle's original purpose. The body at the burial site was named the Amesbury Archer, because he was buried with arrow heads. He also had other rich grave goods and was evidently a wealthy man. By examining his teeth, he was found to have originated from Switzerland, so had travelled a long distance. The Amesbury Archer also had a badly wounded knee and an abscessed jaw and may have come to Stonehenge because of its reputation as a centre of healing.

Professor Wainwright said: "Was the Amesbury Archer, as some have suggested, the person responsible for the building of Stonehenge? I think the answer to that is almost certainly 'no'.

"But did he travel there to be healed? Did he limp, or was he carried, all the way from Switzerland to Wiltshire, because he had heard of the miraculous healing properties of Stonehenge? 'Yes, absolutely'.

"Tim and I are quite convinced that people went to Stonehenge to get well. But Stonehenge probably had more than one purpose, so I have no problem with other people's interpretations."


The image of Stonehenge was supplied by Freefoto.com
Posted by Badwitch at 08:01

I suppose I always assumed that healing would be part of its purpose somehow, but it's nice to know others are coming around to the same conclusion!

Yes, it is nice to know there is evidence to back up belief in the magical importance of Stonehenge.

In the early C17th the renowned doctor William Harvey (he of the circulation of the blood and physician to King James and Charles1) and Lord North (advocate of the potency of healing springs) dug at Stonehenge. They were probably looking for the ‘healing baths’ described by Geoffrey of Monmouth in the 12th century. So the healing theory is almost 1,000 years old!

That's very interesting. Thanks for pointing it out.