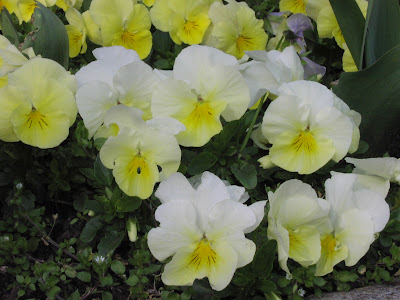 The Spring Equinox is when the day and the night are of equal length as we move through spring towards summer.

It is celebrated by pagans as an important festival in the Wheel of the Year, when things are in balance. Some calenders put the event on March 20 and some on March 21 - but doesn't really matter which day you choose to celebrate it. You could even take the confusion as a good excuse to have fun two days running.

Spring Equinox is one of those events that has been celebrated by pretty much every culture around the world since history began. It is hard not to feel happy when the days getting lighter and warmer, leaves are budding on the trees and flowers are blooming.

Some modern pagans call the festival Ostara, after the Germanic goddess of the same name, which means "movement towards the rising sun". Others celebrate the Spring Equinox and Ostara as two different festivals, the first at the time of balance and the second at around the same time as Easter, the similarly-named Christian festival. Personally, I always think why have just one party when there's a perfectly good excuse to have two?

Spring Equinox is a time to celebrate the spring but also to think about balance. So, it is a good time to get outside and go for country walks or plant seedlings in the garden. It is also a good time to have a spring clean around the home - take things you no longer need down to the charity shop or just go round with the vacuum cleaner and duster.

On a psychological level, a suitable thing to do at the Spring Equinox is to make changes on a personal level. You could make two lists. One is of things you plan to put behind you, such as habits, behaviour patterns or relationships or that are holding you back; the other is of things you want to grow within your life, such as things you want learn or do, activities you want to try and new relationships you wish to cultivate. One example might giving up an evening socialising with people you have little in common with and instead going along to a pagan group.

An easy and fun Ostara ritual for a solitary person to perform at the Spring Equinox and acknowledges the balance between light and dark requires a flower and a boiled egg. You pull the petals from the flower while stating a plan for the future, then shell the egg. Eat the egg and scatter the petals and shell on the garden, to return to nature.

you always have inspiring articles, blessed be*

Merry meet. I have just found your blog, great posts. Blessed be.

btw - I am soliatary Wiccan following my own path.
Jane.

Thanks! BTW - I like the look of your blog too.