The death of John Barleycorn 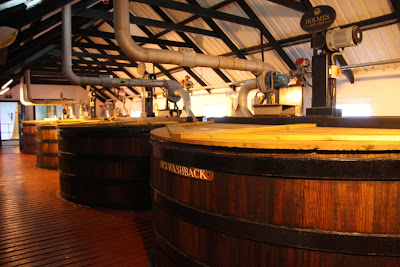 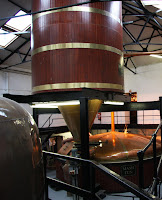 The closest I ever came to human sacrifice was at a Lammas ritual several years ago.

A few witchy friends and I decided to celebrate the festival with a ritual drama of the fate of John Barleycorn.

John Barleycorn is a character from an old folk song, the personification of the grain barley, which is cut down at harvest time. The song goes:

For our ritual drama, at the top of a field on the Kent Downs one glorious early August evening, we planned to make a corn dolly to represent John Barleycorn. Then we were to act out on the corn dolly the various indignities the poor fellow underwent before and after his death, which are meant to correspond to the stages of barley cultivation and the making of beer and whisky.

When we arrived for our ritual, one pretty young witch had brought along a bloke she had picked up at a pagan moot, who, she said, really wanted to play the part of John Barleycorn.

Our plans for poor John involved hitting his legs with sticks to represent felling the grain with scythes, tying him up, threshing him with canes, shoving him in a barrel and rolling him down the slope to the bottom of the field.

Oh well, he was a consenting adult, and "all acts of love and pleasure are my rituals," saith the Goddess. So, after a brief discussion, we agreed, and our ritual drama went ahead with enthusiasm in all parts.

We beat him, bound him, thrashed him and confined him, singing the song of John Barleycorn as we went. He took it all very well indeed.

Once John was in the barrel, we set him rolling with a big shove, but what had initially seemed like a gentle incline we soon realised was a steep slope and the smooth-looking field was really full of obstacles hidden by grass. The barrel careered down hill at great speed, bouncing over bumps and careening off rocks. We chased after it, suddenly very concerned that our little play about death was going to land us in jail for genuine murder.

At last the barrel reached the hedgerow at the edge of the field and juddered to a stop. Tentatively, we took the top off and peered inside.

Breathing a sigh of relief, we helped him out of the barrel and very thankfully offered him the mug of beer we had been intending to give him anyway.

As the song goes:

"Well there's beer all in the barrel, and whisky in the glass,
But little old Sir John with his nut-brown bowl proved the strongest man at last."

Back on the script, we crowned John Barleycorn King of the Feast, sat him at the head of our picnic blanket and fed him all the cakes and ale he wanted. He didn't seem to mind his bruises at all.

And in his honour I shall name John Barleycorn The Bad Witch's God of the Week.

The pictures show stages in the process of making whisky, photographed at a distillery on the Isle of Islay, in Scotland. 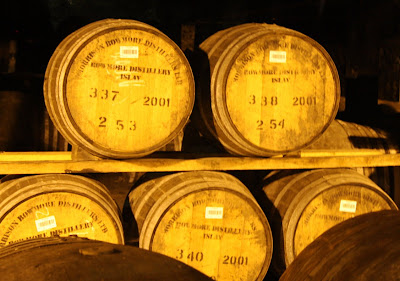 Great story! Your John Barleycorn was certainly a good sport.