The solar eclipse - myths and meanings 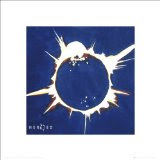 Solar eclipses have since the dawn of time been a source of fascination, speculation and often fear. And there is one this week, on July 22 - the longest total eclipse of the 21st century, due to be more than 6 minutes in duration.

Historically, eclipses were often seen as a bad omen - a symbol of the overthrow of the natural order of things. The word "eclipse" is rooted in a Greek word meaning “abandonment”.

To anyone witnessing one without expecting it - let alone knowing what is really going on - that view is completely understandable. It would be easy to imagine some evil force was obliterating the light and that things would never be quite the same again.

Even for those who are expecting an eclipse, and know it happens when the moon moves between the Earth and the Sun, it is an eerie experience and doesn't feel quiet natural although it is.

It is also a motif frequently used in fiction, either to indicate impending doom, such as in the TV series Heroes, or to let the protagonists make a lucky escape - such as in the Tintin story Prisoners of the Sun.

Many believe that eclipses can and do affect the fate of men on a grand scale, and even signal the rise and fall of civilisations. To some extent, history backs this up.

Eclipses have affected the outcome of war. An eclipse on May 28, 585BC ended a five-year war between the Lydians and the Medes. They took the event as an indication they should finally make peace, cementing the agreement with a double marriage.

An eclipse is also blamed for the death of Charlemagne's son, Emperor Louis, on May 5, 840. Some say he died of fright.

Many eclipses are mentioned in the Bible, including one on June 15, 763 BC. In Amos 8:9 the Christian God says: "'And on that day I will make the Sun go down at noon, and darken the Earth in broad daylight." However, an eclipse is almost certainly not responsible for the darkness witnessed during Christ's crucifixion, as that is thought to have happened during a full moon, whereas eclipses only happen during a new moon. Scientists believe that darkness is more likely to have been caused by a sandstorm or other types of dark cloud blocking the sunlight.

For those who use astrology, solar eclipses indicate new beginnings, extreme change, some strange event or unforeseen news.

Psychologically, the moon represents the subconscious mind and the sun the conscious one. An eclipse can therefore be a time when subconscious or hidden things impact on our life in a big way, and often quite unexpectedly. This could be good or bad, depending on what it is and how we deal with it. But it is worth remembering that even something that initially seems traumatic can lead to better things in the end.

If you want to see the total solar eclipse on July 22, you will need to be in Asia. It won't be visible from the UK. The best place to see it is apparently the eastern Indian state of Bihar, which is gearing up for the event in a big way. Wish I was there.

, an art print by GB Eye, available through Amazon

I understand Herge (the Tintin author) was always a little embarassed about Prisoners of the Sun as he forgot the Incans supposedly knew all about eclipses. Still one of my favourite Tintin books though.

Yes, it does seem a little unbelievable that the Incas would be unaware of an eclipse. Probably shows the ignorance and prejudice of the era in which Tintin was written.

It's going to be ending of mine day, except before finish I am
reading this enormous piece of writing to increase my experience.

Hello! I've been reading your blog for a long time now and finally got the courage to go ahead
and give you a shout out from Kingwood Tx! Just wanted to
say keep up the fantastic work!

It's perfect time to make some plans for the future and it is time to be happy.
I have read this post and if I could I want to suggest you some interesting things or advice.
Maybe you can write next articles referring
to this article. I desire to read more things about it!

You could certainly see your expertise in the
work you write. The world hopes for even more passionate writers such as you
who aren't afraid to say how they believe. At all times follow your heart.

bookmarked!!, I love your web site!