Occult London: In the Shadow of the Tower 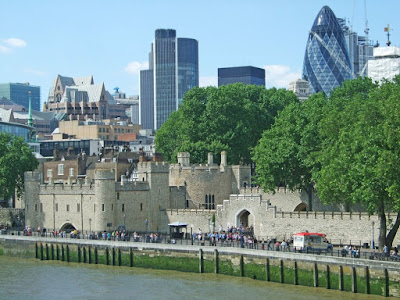 The office where I work has moved to almost within the shadow of the Tower of London. On a sunny lunchtime I take a book and walk beneath its historic walls to a seat beside the River Thames where I spend an hour reading in peace.

Often, my reading matter is a book of magic.

In centuries past, that is something that could have got me into serious trouble. Witchcraft was against the law and even owning books of spells - or grimoires - could get you arrested.

In 1561 an innkeeper called Hew Draper was imprisoned in the Tower of London for attempted witchcraft. He was accused of using sorcery against Lady St Lo, also known as Bess of Hardwick, and her husband Sir William St Lo.

One fact cited against him was that he owned several books of magic. In his defence he claimed that he had burnt all his magical books, but evidence on the walls of his cell in The Salt Tower show that he had certainly not given up all interest in the occult.

Deeply inscribed in the stone is an astrological diagram that says "Hew Draper of Brystow made this sphere the 30 daye of Maye anno 1561".

What happened to him after that is a bit of a mystery. There are no records to say if he was released, died or languished in jail - it is almost as if he vanished into thin air.

These days, of course, the glass-and-metal towers of the City of London - the seats of power of bankers and businessmen - loom higher than the turrets of London's historic royal fortress, and their shadows fall further.

To find out more about the Tower of London, including visitor information, see http://www.hrp.org.uk/


The picture of the Hew Draper's Salt Tower inscription (below) is copyright Historic Royal Palaces, The Tower of London picture (above) was taken by myself, The Bad Witch. 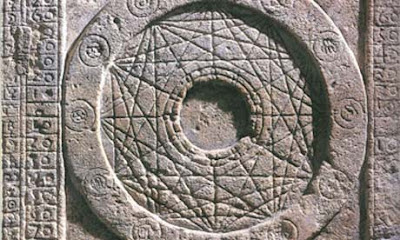 I too enjoy the tower during my lunchtime - often sitting on a bench near the ice-cream van in your picture and enjoying the world passing by.