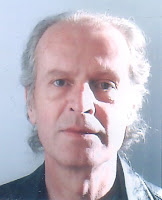 Here is an interview with Nigel Suckling, creator of the Fallen Angel Oracle Cards and author of The Angel Companion

and numerous other books on creatures and beings from myth and legend.

Bad Witch: What interests you most about angels – and about fallen angels?

Nigel Suckling: I suppose it's because the biblical imagery I grew up with is full of angels, but the scriptures themselves say very little about them. In the Bible for instance only two or three are actually named and the famous tale of Satan's rebellion and expulsion from heaven is barely mentioned at all. That's what started my interest - I simply wanted to know more about angels and where they fit into the grand picture. With fallen angels it gets even more interesting, particularly with those I chose for this set of cards.

BW: How do fallen angels differ from demons?

NS: Well, some fallen angels have become demons in the commonly accepted sense, so no totally clear line can be drawn. Also, thanks largely to Aleister Crowley the fallen angels in this pack are widely seen in occult circles as Satanic demons. But going back to the original sources it's clear that most are anything but "demonic", and some are as benevolent as any angel you'd find in a heavenly choir.

The distinction of fallen angels is that for one reason or another they are not totally committed to either faction in the supposed war between good and evil. This is actually their strength when seeking their guidance in practical daily life where good and evil are rarely as separate as simplists would have us believe. We all know what the road to hell is paved with . . .

BW: What do you see as being the main differences and advantages of using the Fallen Angels deck for divination rather than, for example, a standard Tarot deck?

NS: The big contrast is that fallen angels offer a quite different set of symbols to describe our situations and dilemmas. That doesn't necessarily mean they're better, just that in some circumstances and for some people they may offer clearer guidance than standard Tarot. Also perhaps their unfamiliarity could in itself lead to fresh insights as compared with using a familiar system with which it's all too easy to fall back on familiar interpretations.

BW: Do you think there are any risks in working with fallen angels for divination?

NS: No not at all. At least, no more or less than with Tarot or astrology. Some of these cards do signal danger or temptation, but no more than with Tarot. In the end we each make our own choices in whatever situations we find ourselves, and that's what defines who we are.

BW: The book that comes with the Fallen Angels oracle cards offers a fascinating insight into the history and background of fallen angels. If people wanted to find out more about the subject, are there any books or websites you would recommend?

NS: I'll probably post an expanded version of my introduction on http://www.dragontarot.net/ in due course. Otherwise the best place to start that I can think of is Gustav Davidson's A Dictionary of Angels,

which includes many fallen angels.

BW: You have evidently specialised in writing about mythological creatures and beings – which is your favourite and why?

NS: Whatever I'm working on at the time is usually my favourite, but when I step back I suppose unicorns

overall have to count as my favourites because although they exist just beyond the bounds of possibility they have an odd plausibility. They represent idealism - the dream of a more perfect world. And while a horse with a horn is a totally impossible creature, other one horned beasts have occurred in nature from time to time and have fed into the myth, which says something about idealism. The end is rarely quite what you first imagined, but it can come close.

BW: If you were to do another book or other project about angels, what would you most like to do?

NS: It would be interesting to look closer at the parallels between Christian, Muslim and Judaic beliefs about angels and the different ways in which they have evolved right up to the present day.

The photo at the top shows Nigel Suckling, the lower photo is the cover of the Fallen Angel Oracle Card boxed set.

A Dictionary of Angels: Including the Fallen Angels