Boscastle and the Museum of Witchcraft 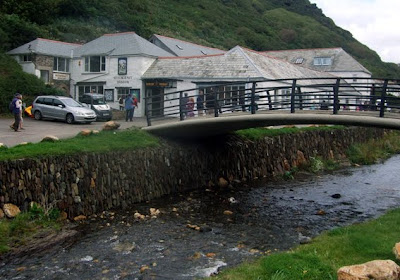 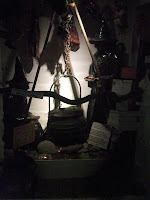 If you are a witch and you visit Boscastle, you have to visit the Museum of Witchcraft. Mind you, I've visited Cornwall Several times in the past and failed to get there despite having got to every meadery and cider farm in the county.

Now, as a somewhat older and wiser witch, I was determined to see what Boscastle has to offer - although I did fortify myself with a jolly fine glass of St Austell ale in The Cobweb Inn before tackling the Museum of Witchcraft.

Actually I think I needed that drink because some of the exhibits are a bit harrowing, including instruments of torture and persecution used on poor unfortunates accused of witchcraft back in the days when it was illegal to be a witch in England. 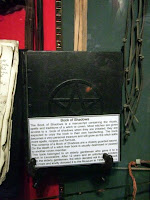 But the museum is a lot more than just a chamber of horrors. It houses a collection of artefacts relating to the craft of cunning folk, wise women, occultists and magicians as well as witches since about the Middle Ages. It aims to entertain as well as to educate visitors about witchcraft as a religion and a way of life through the ages.

The exhibits include artwork showing how witches have been portrayed in paintings, advertising and the media, grimoires and books of spells and rituals, tools of the craft and the remains of spells that have been found in old houses and donated to the museum. There is even a collection of mandrake roots that have been used for magic, which fascinated me after being sent a photo of the live plant last week.

What’s more, the museum staff are very helpful and friendly. If you have any questions about the items on display or about witchcraft, they are more than happy to tell you what they know.

The influence of magic can also be seen throughout Boscastle. As well as being a pretty little Cornish coastal village it felt a bit like a mini Glastonbury, being absolutely full of shops selling crystals, books about paganism, witchy clothing and general New Age paraphernalia.

If you go, allow yourself plenty of time to go around the museum and also to explore the town. I only paid for three hours in the car park and it wasn’t nearly enough. 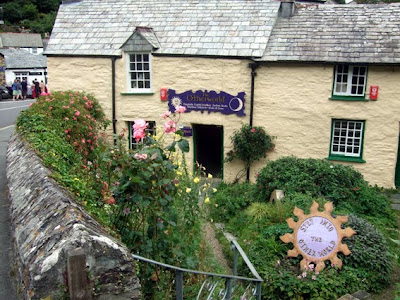 The pictures show: The outside of the Museum of Witchcraft from across the estuary, a tableaux of witchcraft-related items in the museum, an old book of shadows, a mandrake root, a pretty New Age shop called The Otherworld in Boscasle.