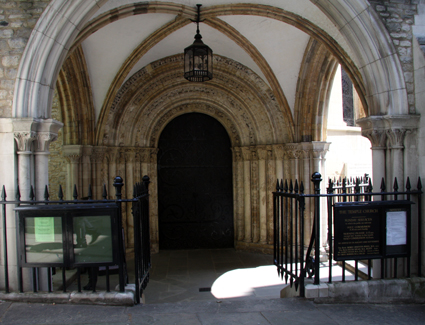 
The Mystery Traditions of Europe did not die out consequent on the rise of Christianity from the 4th – 5th CE. centuries onwards. The need of many people to find solace in esoteric rather than exoteric institutions continued, often discretely and covertly. While we only have a broken chain of links from the classical Mediterranean schools to the present day, various orders and societies have carried secret knowledges forward including the Knights Templars, the medieval witch cult and the revived gnosis of the Albigensians.

The 17th and 18th centuries saw a re-invention of tradition. This creative activity expressed itself in a myriad ways, key representatives including Druidism (under the inspiration of a Celtic revival), the Rosicrucians and Freemasonry, while the Christian mystery tradition included that of the mystic Emanuel Swedenborg. Similarly, the 19th century saw a revival of Renaissance magic best exemplified by the original Hermetic Order of the Golden Dawn.

The 20th/21st centuries have seen the rise of eclectic New Age philosophies including the Arcane School of Alice Bailey, Neo-Platonic groups such as the Universal Order and, within the Christian tradition, the Anna Kingsford influenced Order of the Cross. A number of hermetic societies on both sides of the Atlantic now exist, often incorporating the phrase `golden dawn’. While contemporary nature religion such as the Wicca version of witchcraft also embodies elements of mystery tradition as does neo-shamanism.

This course will explore some of the examples given above.

You can learn about the Mystery Traditions at the six-week course on Tuesdays evenings from 8pm to 10pm, starting on 19 February and running until 26 March. Fees are £47, or £16 for concessions.

The photo shows the entrance to Temple Church, in London, once owned by the Knights Templars.