Pancake Day is a Sad Time For Me 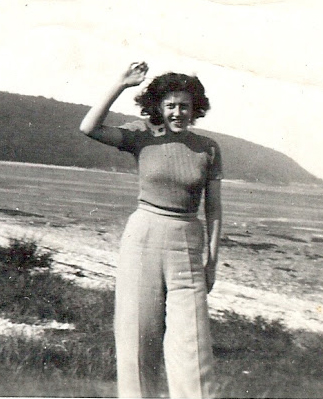 On Pancake Day two years ago, my mother had a fatal heart attack. It was the second heart attack she had suffered and, oddly, the first also happened on a Pancake Day.

On Shrove Tuesday 10 years ago I got back from my friend's pancake party, having had a good evening, to see there were several messages on my answerphone. They were from the hospital and gave me the news of what had happened. Of course, I rushed straight there to be at my mother's bedside.

My mother survived her first attack - thanks to treatment she got under the NHS. The second time she was not so fortunate. Although the hospital staff tried to save her, she lost consciousness and did not recover.

So Pancake Day is now a sad time for me. Although every year on Pancake Day my friend still holds a party, I find it hard to be cheerful on that particular anniversary.

Instead of feeling in any mood to celebrate, I just want a bit of time to remember my mum.

Traditionally, Pancake Day - or Shrove Tuesday - marks the start of Lent. For Christians Lent is a season of abstinence before Easter. I prefer to think of it as a time for letting go of things that are no longer needed, even if doing that is tough. And what I am going to do this year is finally go through things that belonged to my mother, which I boxed up after her death and stored.

I did declutter quite a bit following her death. Her wheelchair went to someone else who needed one. I donated most of her clothes to a charity shop run by British Heart Foundation - it seemed appropriate. I also got rid of some larger items of furniture that I had no use for. But many of her personal belongings just got boxed up and bunged in a spare room because I couldn't face going through them.

The photo at the top shows my mother when she was young. I don't know where it was taken, who took it, or who she is waving at in the picture. It was one of the photos I found when I boxed up her stuff after she died. She looks so lovely in the picture, yet looking at it makes me cry. I know it won't be easy going through her stuff and facing more things that make me feel so sad. But it has to be done.

I know that most of what I put into storage is not really stuff  I need. Some things I will keep for sentimental reasons - such as the family photos - but much of it needs to go. Then I will have space in my spare room again, which really is more use to me than a pile of boxes I dread looking inside.

But I won't actually start that sorting today. This evening I will make pancakes in mum's memory - she would have wanted that, I think.

I know it's difficult but be strong. Anniversaries of people passing are far easier to remember than birthdays and when they coincide with traditional or national holidays, it puts far more emphasis on the pain; especially when others are celebrating, unaware of your unhappy connection. Trouble is, each day is someone's "bad" day.
All we can do is remember people past with happy imagery and remember that for every "bad" day missing someone, there's hundreds of "good" days you can associate.

Be strong and treasure memory.

There were tears in my eyes reading this, it's so close to how I lost my Dad. I'm just sending you a virtual hug. x

Alan and Wondrissima - thanks very much for your kind words. Virtual hugs back!

I hope that time will allow the sweet to replace the bittersweet memories. Lovely picture of your Mum.