A Kestrel for a Knave, an Owl for a Witch 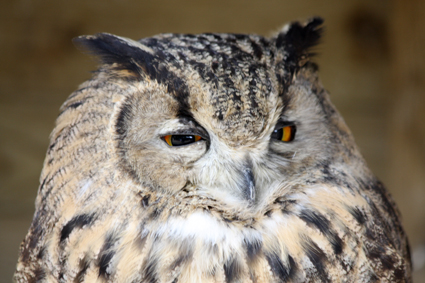 Humans and birds of prey have had a relationship going back thousands of years, and the attraction shows no sign of diminishing judging by the popularity of bird of prey centres. At the weekend I went to the English School of Falconry and Bird of Prey Centre in Bedfordshire to have a go at flying kestrels, falcons and owls.

I also learnt a bit about the history of falconry, which started in Mesopotamia around 2000BC. Over the centuries falconry became an important status symbol as well as a means of putting meat on the dinner table. According to the Book of St Albans, or Boke of St Albans, first printed in 1486, there is a hierarchy of hawks and the social ranks for which each bird was supposedly appropriate, as shown below.

Emperor: The Golden Eagle, Vulture, and Merloun
King: The Gyr Falcon and the Tercel of the Gyr Falcon 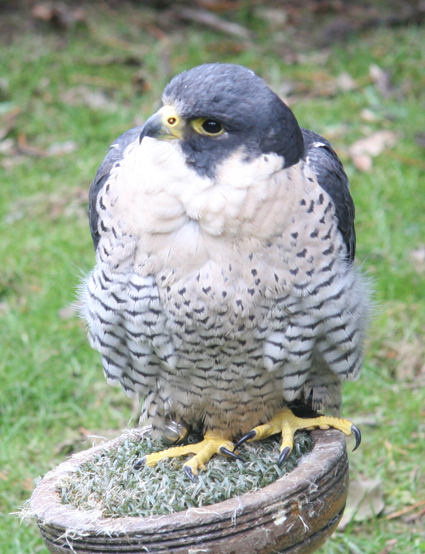 Prince: The Falcon Gentle and the Tercel Gentle
Duke: The Falcon of the Loch
Earl: The Falcon Peregrine
Baron: The Bustard
Knight: The Sacre and the Sacret
Esquire: The Lanere and the Laneret
Lady: The Marlyon
Young Man: The Hobby
Yeoman: The Goshawk
Poor Man: The Tercel
Priest: The Sparrowhawk
Holy Water Clerk: The Musket
Knave or servant: Kestrel

Most falconers think that the list was probably more romantic fiction than fact - especially as bustards aren't even birds of prey. However, the idea that different types of people were associated with different birds has stuck. Although witches aren't on the list, I reckon our bird of prey would be the nocturnal owl.

Owls, now one of the best-loved birds, were once much feared according to Flights of Fancy: Birds in Myth, Legend and Superstition.

The Romans believed that owls were messengers of death, Chaucer wrote in the Parlement of Fowles: "The owl eke (also), that of death the bode (omen) bringeth" while Shakespeare has an owl hoot at mid-day as a harbinger of doom in Julius Ceaser.

Yet in many cultures the owl was thought to transport people's spirits to the next life. Although seeing an owl might indicate someone was about to die, the purpose of the bird was to safely guide or carry their soul onwards rather than to hasten their demise.

This connection with the realm of spirits makes owls the ideal companion for witches. Hecate, goddess of magic and the underworld, had an owl as her companion, as did Athene, goddess of wisdom and victory. In Shakespeare's Macbeth and Ben Jonson's Masque of Queenes, owl feathers are described as ingredients in witches' potions.

One of my favourite books when I was young was Alan Garner's The Owl Service,

in which a magical dinner set found in an attic opens a connection with the Welsh tale of Blodeuwedd, the flower maiden who is turned into an owl.

The English School of Falconry offers experience afternoons when you can have a go at flying birds of prey as well as sessions just about owls. You can also book up a day's hawking or learn more about mastering the art of falconry at a training course.

You can find out more here: http://www.birdsofpreycentre.co.uk/activities_gifts.asp

All the photos were taken by me at the English School of Falconry Bird of Prey Centre. 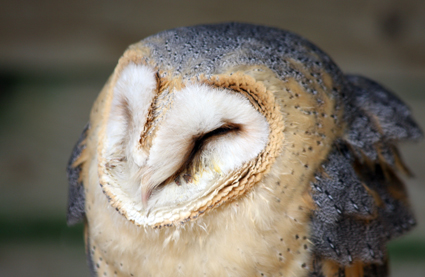