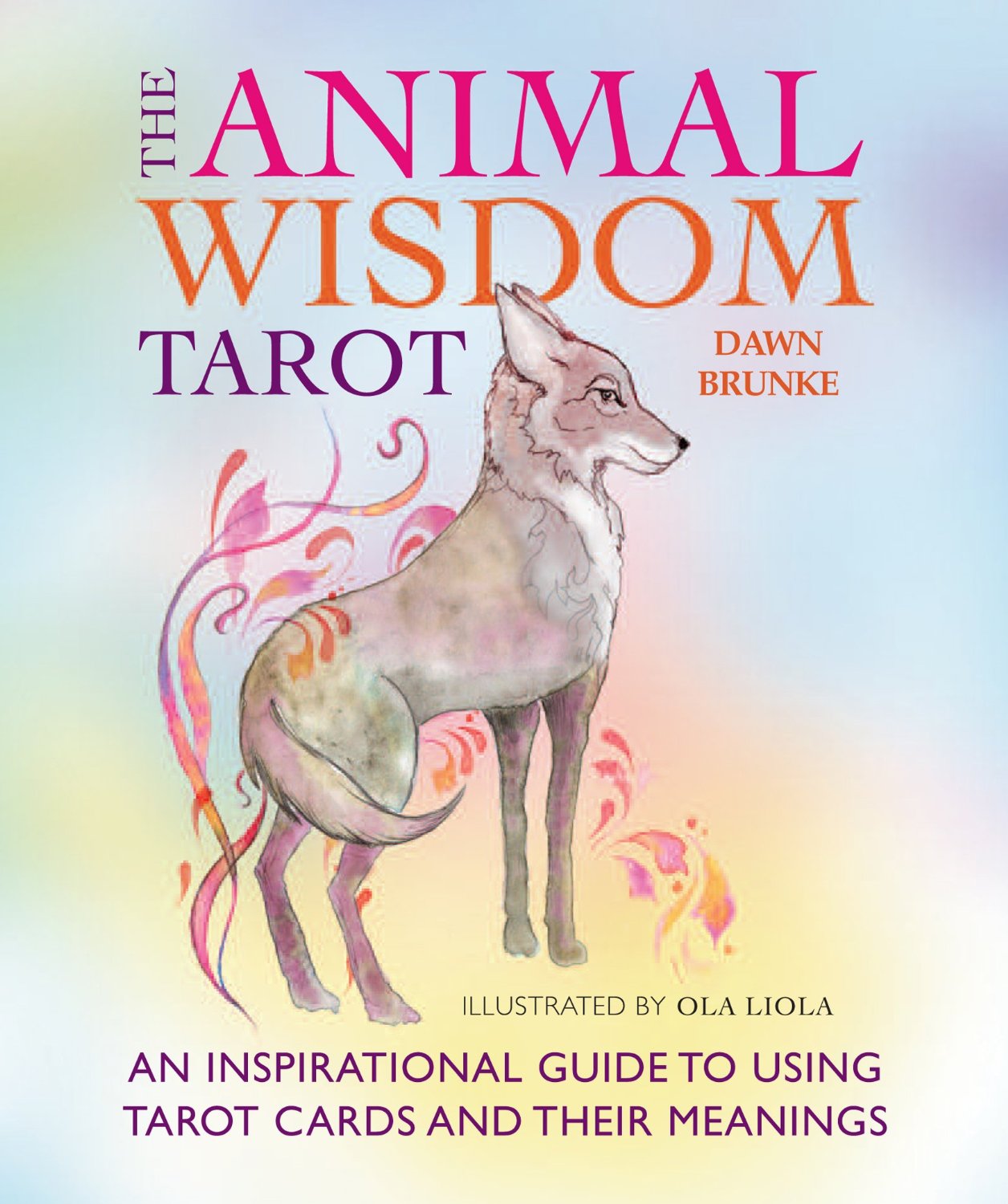 I'm a big collector of tarot and oracle cards and own quite a lot of sets. The ones I've found myself using most often in the past are the classic Rider-Waite or very similar Robin Wood decks, and the Druid Animal Oracle. Recently, however, I got a lovely new set of cards that combines both traditional tarot with the symbolism of animals. It is called the The Animal Wisdom Tarot.

This boxed set is by Dawn Brunke, a specialist in animal communication and the author of several books on the subject including Animal Teachings.

The animals she picked for the tarot come from all over the world and include such beasts as the Jaguar, the Scarab Beetle, the Polar Bear and the Eagle.

The more I use this deck, the more I am delighted at how appropriate the animals are that have been chosen for each tarot card. For example, the Coyote - shown on the front of the box - is the Trickster; the Raven is the The Magician, the Bat is the Hanged Man and the Rooster is the Sun. Some are the same as the animals in Rider-Waite images - the Lion for Strength and the Goat for the Devil, for example. Some are not the same - The Animal Wisdom Tarot shows the Rabbit gazing at the Moon rather than a dog and a wolf - but the changes feel right to me.

The artwork, by Ola Liola, is delightful too - colourful and unpretentious yet evocative and full of the right symbolism for each card.

Publisher Cico Books says on its website: "Using tarot cards is a time-honoured way to see the patterns of the past, explore the potential of what is to come and predict your future. The Animal Wisdom Tarot contains an inspirational book and a complete deck of 78 tarot cards. Every card in the deck has been assigned its own suit. In the accompanying book Dawn Brunke gives an interpretation for each card, both on its own and in combination with others. For more inspiration, there are messages and guidance on how to read and interpret the cards."

It might be about animals and have cute artwork, but The Animal Wisdom Tarot

certainly isn't fluffy. I've been using it every day this past week, and I suspect I'll be using it more in future.With an RRP of just £14.99 it is very affordable either as a treat for yourself a gift for a friend.

Looks lovely, thanks for reviewing!

That does look wonderful! And I agree, I can totally get the rabbit for the Moon :) Hmm, off to clickety-click...

I so agree!! I came across it at Barnes & Nobles and I had seen the name on a forum off and on....just passed on it, my budget being so tight I can't get many decks. But when I saw it at the store...I had a coupon and it looked interesting. WOW was I charmed when I looked through each card. Such stunning evocative images, colours, symbols. Done in such a expressive, vibrant and sweet manner, there is huge depth in this deck IMO. The book is awesome too! Great insights and tips on reading the cards and love the little messages for each card. I can tell this deck was very well thought out and lots of love went into it. It's fast becoming a favourite!