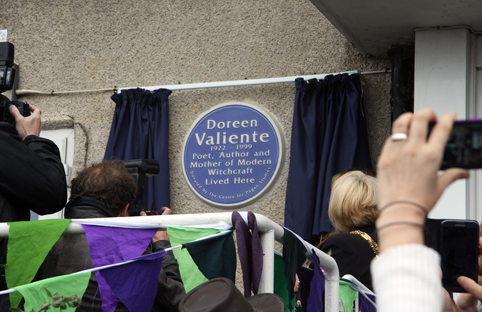 The picture above shows the moment that the Blue Plaque for Doreen Valiente was unveiled in Brighton yesterday. As the plaque says, Doreen was a poet, author and gained the fame of being the mother of modern witchcraft. She is best known for being the high priestess of Gerald Gardner, the founder of Wicca, and also wrote much of the Wiccan Book of Shadows, including the Charge of the Goddess.

Doreen lived in Tyson Place, Brighton (pictured right), until her death in 1999. That is were the Blue Plaque was unveiled during a day of celebrations on the Summer Solstice. The £1,200 for the plaque was raised by John and Julie Belham-Payne of the Centre for Pagan Studies via donations from pagans who were keen to have Doreen Valiente remembered through the first Blue Plaque for a modern pagan.

You can see John in the photo below (wearing a blue scarf) on the steps of Tyson place before the unveiling, giving a speech about Doreen's life. He knew Doreen well during her last years and inherited many items relating to her work as a witch, which it is hoped will eventually be on permanent exhibition in Brighton. 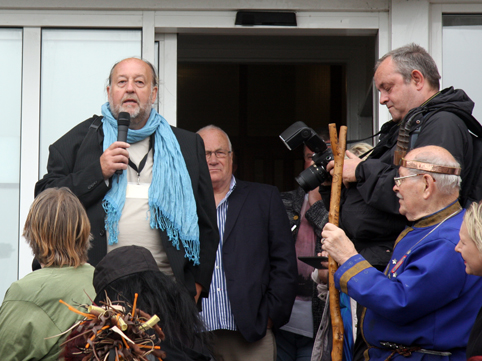 Pictured left is the leader of the Pentacle Drummers, performing outside Tyson Place before the unveling of the plaque. The drummers also performed in Old Steine Gardens earlier in the day, where crowds gathered for a Summer Solstice open ritual at noon, and led the procession from the park to Tyson Place.

The photo below shows Hunter's Moon Morris, who also performed outside Tyson Place.

The drummers and the morris side both put on loud and energetic displays for the entertainment of those who had gathered for the occasion - and the residents of the block of flats who could be seen watching from windows and balconies. 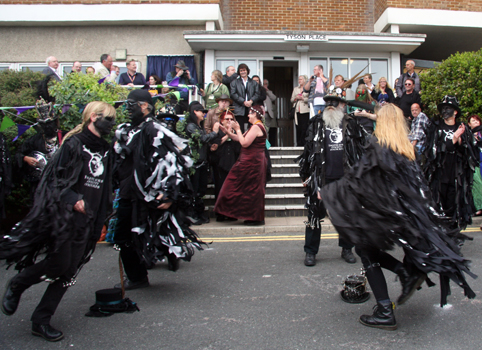 The final picture is from the earlier part of the day and shows a group shot of the people who gathered in Old Steine Gardens. The photo was taken in front of the park fountain. 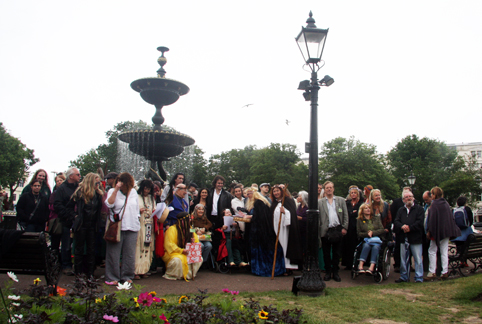 Nice one! Will link to this when I do my blogpost :)

nice blog..quick note...Pentacle Drummers dont have a leader, the person in the photo just happens to be standing in the middle for that tune so others can see hand gestures when needed. It could have been any one of them..and often is :-)

PDBMagic - thanks very much for correcting me!

Hi, I desire to subscribe for this blog to obtain latest updates,
so where can i do it please help out.