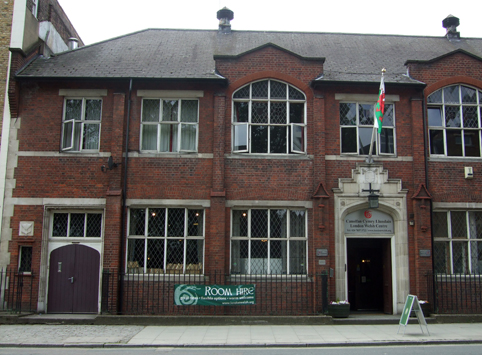 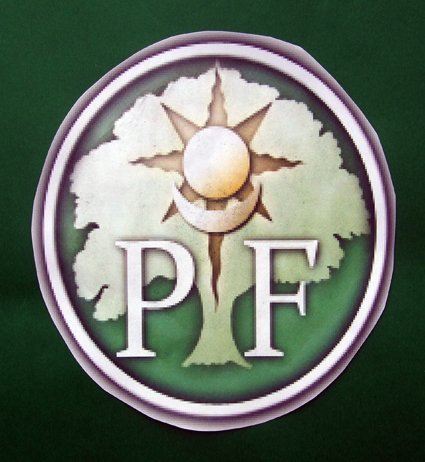 I had a panic the evening before the Pagan Federation London Conference 2013 - I realised my ticket hadn't arrived in the post. A quick email to PF organisers Luth Adams and Elle Hull got it sorted. They told me a friend of mine was manning the door and there'd be no trouble getting in. There wasn't - but I got there early anyway and chatted to Eleanor of Pagan Radio outside the venue while waiting. She told me some exciting things are planned for Pagan Radio in the autumn, which I'll blog about in more detail nearer the time.

The venue itself - The London Welsh Centre - was excellent. You can see a photo of the outside of the building at the top. Inside it is really spacious, with a large main hall, a stage, lots of smaller side rooms, a very comfortable reception area with armchairs and a huge bar upstairs that has a magnificent vaulted ceiling with wooden beams. The staff were friendly too.

Rites of Passage was the theme of this year's conference and the programme was designed with this in mind. The first workshop I went to was a women-only event called Black Moon Lodge - Harnessing the Power of Menopause. Being a woman who is approaching that time of life I thought maybe I ought to, even though it sounded a depressing subject. It wasn't. In fact, it was empowering. Hazel Loveridge, who ran the workshop, told the story of Inanna's descent into the underworld. Although I'm familiar with the tale, it is one I can listen to repeatedly - especially when it is well told. For women who might feel that one stage of their life is ending, this ancient story of loss, death, resurrection and empowerment can offer insight into the positive aspects of the wisdom years of cronehood.

Later in the day there was another women-only workshop called The Red Tent Moon Lodge, about women's mysteries. Other talks were on handfastings, funerals, initiation and becoming a priestess. The opening and closing rituals of the day followed the rites of passage theme, with older PF organisers passing on the mantle of responsibility to younger members - and finishing with a lovely ceremony put together by members of the Pagan Threads moot for young pagans.

If you weren't interested in rites of passage, there was still plenty to enjoy, including music in the bar, a showing of the film Spirit of Albion and talks including Anglo-Saxon Place Names with a Pagan Origin and The Cerne Giant: Landscape, Gods and the Stargate (which I hope to be posting more about at a later date). The photo at the bottom shows Brighde Dolls that were on the central table during a lovely meditation on Brighde's Cave and the power of creativity. 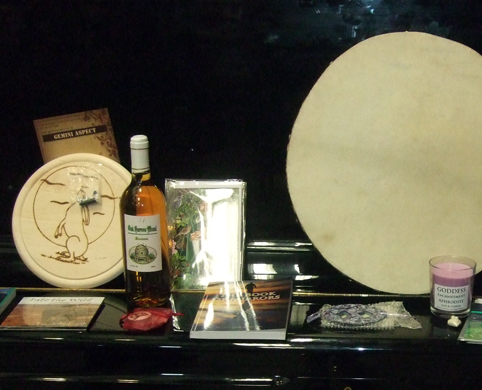 I had a fantastic time at the PF Conference. It was lovely to meet up with friends as well as learning and gaining valuable insights from the talks and workshops. Oh, and once again I was lucky in the raffle, winning the wooden board decorated with a rabbit and the moon that you can see in the photo of prizes to the left.

If you want to go along to another pagan event today, the 16th Pagan Pride March in London starts at Red Lion Square, Holborn, at noon, ending at Russel Square by the fountain. This is a free event but bring a picnic - and a towel if you want to paddle in the fountain. For more information about the PF London, and future PF London events visit the website: http://london.paganfed.org/ 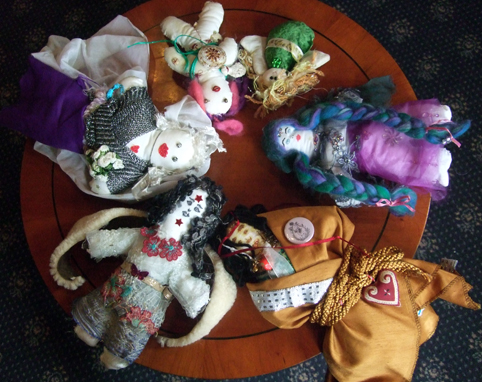