Songs and Stories for the Living and the Dead 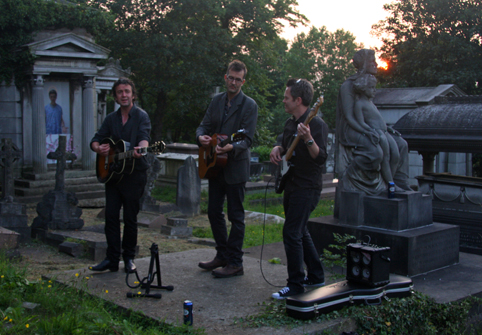 Here are some photos I took last Saturday at What Dreams May Come - London Dreamtime’s evening among the tombs, coffins and mosaics of the Greek Corner of West Norwood Cemetery. It was an event to celebrate the living and the dead with music, story-telling, poetry, theatre and art.

The Effras (pictured top) played between the gravestones, Catharine Arnold (author of Necropolis: London and Its Dead,

pictured left) read about fears people once had of being buried alive, Vanessa Woolf told stories from the ancient myths of China and Egypt, Nigel of Bermondsey sang and there was plenty more entertainment besides that. 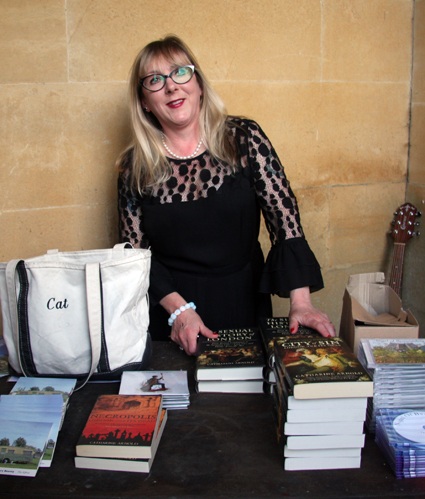 The first of the evening’s performances took place inside the cemetery’s magnificent Greek temple, with a candle-lit tale of mystery and haunting music. Drinks were served on the terrace outside at the interval, and after that the audience were invited to sit on the temple steps and watch the second part of the show outside as the sun set after a gloriously sunny day.

A perambulatory puppet theatre ended the event, as an illuminated pegasus guided everyone safely out of the burial grounds. As emcee Chris Roberts said as we left: “Stick to the paths and beware of open graves.”

There is currently an art trail on at West Norwood Cemetery, until July 27. It is free to visit. West Norwood Cemetery is one of London's Magnificent Seven cemeteries and is in West Norwood, London SE27 9JU. You can find out a bit more about that on my previous post: http://www.badwitch.co.uk/2013/07/pagan-eye-doorway-to-another-world.html 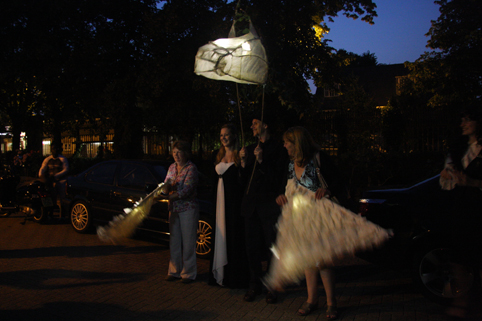