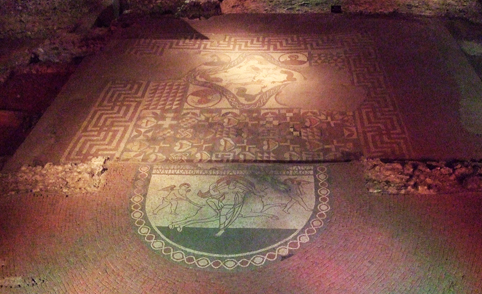 Does the term "Cult Room" to describe a mysterious ancient place of worship found at an archaeological dig sound like somewhere used by fanatical Cthulhu worshippers to you?

That's certainly what came to my mind when I visited Lullingstone Roman Villa, which has the remains of a subterranean room with a deep well in the middle and is described it as a Cult Room in the guide book.

Mind you, I suspect that's just my over-active imagination as the word "cult" can just mean a particular system of religious worship.

The information panel beside the room says: "For much - if not all - of its life this room was used as a cult room. In the niche on [the] left you can see the remains of a painted scene of three water nymphs, suggesting that a water cult was worshipped."

The panel goes on to say: "In the 4th century, a Christian house-church occupied the room directly above. This may have served members of the family or the wider community - it appears that some of the rooms to [the] right were converted to act as a vestibule and ante-chamber for the church. It is possible that pagan worship continued in the cult room after the church was established."

It seemed to me that in some way that little well, sacred to a pagan water god, is still venerated at least in token even today. There were a scattering of modern coins in the water and around the edge of the pit, and another sign put up by English Heritage which owns the site, read: "Thank you for your kind offering of coins to our deep room. Please can any coins and other donations now be given directly to our staff in the shop..."

I do understand that throwing things into a place of archaeological importance like this can cause damage and so should be discouraged, but I also can't help but smile at the way us humans are instinctively drawn to continue to make offerings at ancient pagan sites and sacred wells.

Lullingstone Roman Villa is a great place to visit as part of a day out in the Darent Valley, in Kent. It is under cover, so it doesn't matter what the weather is doing, and has plenty to see apart from the pagan cult room. There are some lovely mosaics (pictured at the top), and exhibits about what life was like in Roman times. 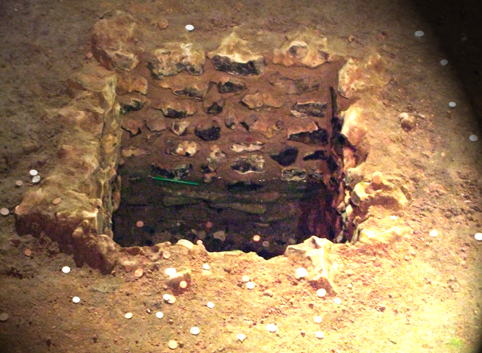 http://www.english-heritage.org.uk/daysout/properties/lullingstone-roman-villa/
Terror of the Cthulhu Mythos
Steve Ash on the Great Old Ones
Assaulting the Castle
A Few Views of Stonehenge

Oh wow, beautiful pictures of this sacred place. I would love to visit there some time. Thanks for sharing this.