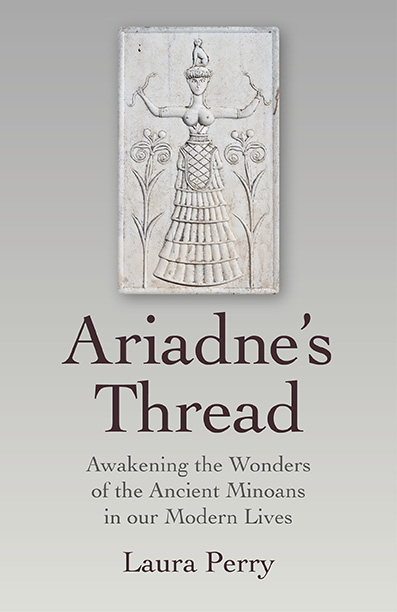 Crete: a beautiful Mediterranean island with a history that offers the legend of the monstrous Minotaur in the labyrinth, statuettes of bare-breasted priestesses holding snakes in their hands and an ancient civilization brought low by natural catastrophe. It suggests an epic story of our pagan past, doesn’t it?

Yet those little glimpses into the history of the Minoans who lived on Crete can be a bit misleading, according to a new book called Ariadne's Thread: Awakening the Wonders of the Ancient Minoans in our Modern Lives.

The author, Wiccan priestess Laura Perry, who says she has been "entranced by the people and culture of ancient Crete" ever since she saw the frescoes from the walls of the palace at Knossos and the halls of Thera at the age of 14, has spent years exploring the cultural and religous lives of the Minoans. Her book, Ariadne's Thread, is the result of her research.

She explains that Minoan society was egalitarian, peaceful and flourished on trade. Its artisans and craftspeople were highly skilled and greatly esteemed. They created beautiful pottery and other works of art that were highly sought after throughout the ancient world. Minoan religious beliefs where also egalitarian, and studying them can be of great value to modern pagans, according to Laura.

She states: "The balance between the masculine and feminine, a primary component of Minoan spirituality, brings a vital value to our modern world as we grapple with issues of equality and acceptance. Here there are no forbidding gods of force and threat, no power-hungry deities who demand blind obedience, just a loving mother and her family, ready to surround us with their embrace."

But what about that scary Minotaur? Misrepresented by later Greek writers, according to Laura. She says: "The Moon-Bull, the Minotaur found at the center of the labyrinth, was originally an animal consort to the Minoan goddess. Toward the end of the Minoan empire the Minotaur took on greater power and a cult grew around his worship, a monotheistic cult reminiscent of the later Mithraic traditions around the Mediterranean. But his earlier form was that of the goddess’ underworld consort. Ariadne was often seen as the bright goddess whose consort, like the later Greek Hades, ruled the underworld."

Fascinating stuff.  But Ariadne's Thread doesn't stop at just describing Minoan spirituality - it also attempts to recreate Minoan religious rituals in a way useable by modern pagans. The second half of the book includes a full year of moon rites and seasonal festivals as well as rites of passage and ceremonies to honour the ancestors inspired by those depicted by ancient artists on frescoes and pottery in Crete.

Publisher Moon Books says on its website: "The Minoan world comes alive through seasonal rituals and rites of passage, honoring Ariadne and her Labyrinth. The myths of ancient Crete, her people, and their gods twine through our minds like the snakes around the priestess's arms in those ancient temples. They call to us across the millennia, asking us to remember. In answer to that call, Ariadne’s Thread provides a window into the spirituality, culture and daily life of the Minoan people, and commemorates the richness of a world in which women and men worked and worshiped as equals... Ariadne’s thread still leads us into the labyrinth and safely back out again." 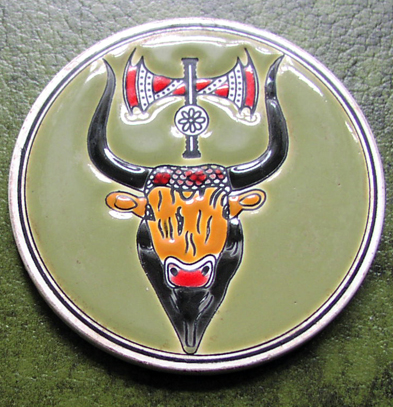 I must admit that, like Laura, I have long been fascinated by ancient Crete ever since I visited the island on an education cruise when I was in the sixth form at school. Decades later, I still own a pottery disc that I bought there, depicting the bull's head of the Minotaur and the Labrys - the ritual double-axe carried by Minoan priestesses. It is sitting on my desk being used as a coaster for my coffee cup as I type this review (and is pictured on the right).

Reading Ariadne's Thread inspires me to do more than commemorate the island's history with mug mat  - it makes me want to try out the rituals in the book's pages and bring a little ancient Minoan spirituality into my life and to honour the bright goddess Ariadne and her consort, the Moon-Bull.

Links and Previous related posts
Ariadne's Thread: Awakening the Wonders of the Ancient Minoans in our Modern Lives