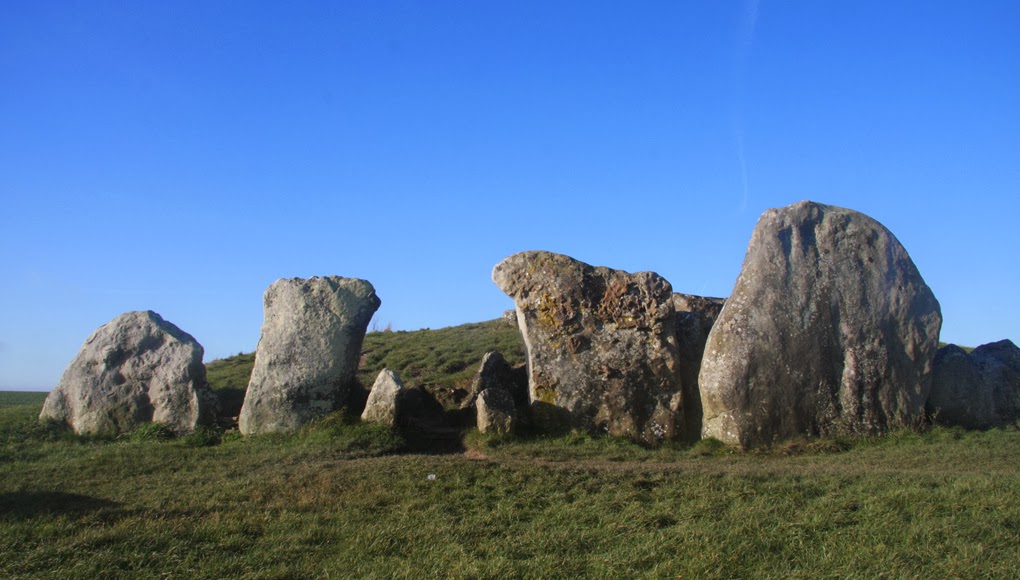 A must-see telly programme for me tonight is the first part of a history documentary series, Sacred Wonders of Britain. It is on BBC2 at 8.30pm.

The description in the Radio Times says: "Neil Oliver investigates the hallowed sites of ancient Britain. He begins by examining the very first stirrings of religion, visiting Nottinghamshire to view clues to a world of magic and ritual etched into the rock of Cresswell Crags by Ice Age hunters, while tombs in the south of England and the Scottish Borders provide evidence of ancestor worship among the farmers of the Neolithic age."

You can read more about Sacred Wonders of Britain and watch a clip on the BBC programmes website. The BBC News magazine site also has a feature linked to the programme, called 10 extraordinary sacred sites around Britain. One of them is West Kennet Longbarrow, pictured above.

Over the Christmas holiday, while recuperating from a nasty cold, I've been reading Ronald Hutton's latest book, Pagan Britain, which goes into a great deal of detail about all the ancient sacred sites around the country and discusses the various different interpretations of archaeological findings. I'll be posting a review on my blog when I've finished the book.

Thanks. I will look at those videos and website and probably reblog it. Happy New Years.