The Green Witch and Throwing Out the Yule Tree 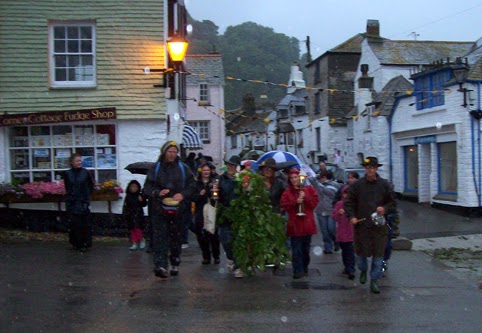 Twelfth Night is nearly here - time to take down the Yuletide decorations and cast out the evergreens.

From the medieval era in England, Twelfth Night has marked the end of the midwinter festival. Folklore says it is considered unlucky to have the Christmas decorations still hanging around the house after that time - some say they must be taken down on the night of January 5, although nowadays many people say Twelfth Night falls on January 6.

The responsible way to dispose of the Yule tree, cards and empty bottles now is to make sure they are recycled, but in the past many people liked to ceremoniously burn the tree to truly get rid of the old year and welcome in the new. However, I guess, if you lived near a seaside cliff then chucking the evergreens into the ocean would also be a good way to send them back to nature. 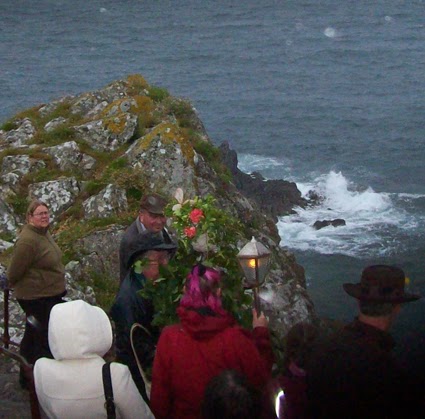 The photos on this page are not of any winter celebration - they show a fertility festival that takes place annually on Midsummer's Eve in Polperro, Cornwall. It is called the Greenwitch Festival and in bygone times it was enacted to ensure a healthy harvest of fish for the coming year.

The Greenwitch is similar to the Jack-in-the-Green traditionally built in parts of England for May 1 celebrations. It is constructed by the women of the village out of willow, hazel and rowan withies, then covered in ivy with a crown of summer flowers.

An open space is left for the face of the woman who wears the costume in a parade through the streets and up onto the nearby clifftop, where it is cast into the sea.

The photos were taken by Pat of Plant yr Yd Coven, who previously sent me instructions on how to build a Wickerman and lots of other lovely photos for my blog.

Pat said: "It was one of the wettest Summer Solstice nights that I have ever been out in. We all got soaked to the underclothes, but so glad that we could take part in it. All who gathered had a sense of happiness, and of something special..."

Let's hope any Twelfth Night celebrations we have are less waterlogged, and the year to come is one of sunshine and clear skies - and bountiful fish in the oceans too. 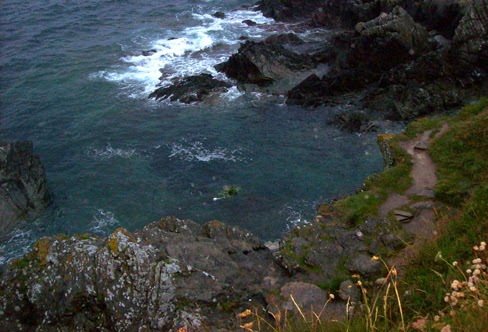 The Greenwitch features interestingly in Susan Cooper's 'The Dark is Rising' books.

When I read that as a kid, I had no idea it was based upon a real thing, I thought she'd made it up :-)