Magic School: Classical Mystery Traditions of the Past 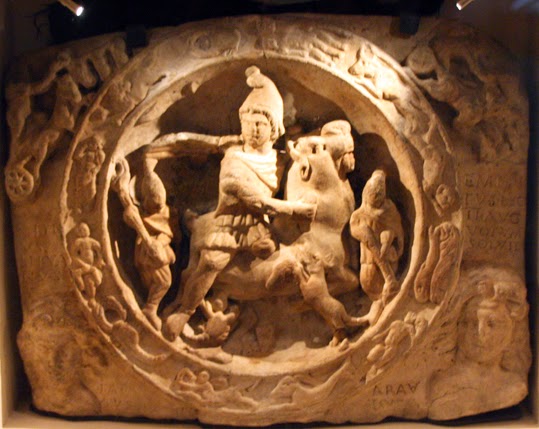 The new year is one of the traditional times to begin an evening class and here are the details of a course run by Wiccan teacher Ken Rees in Central London. The six-week evening class course on Wednesday evenings at the Mary Ward Centre is called Classical Mystery Traditions of the Past.

The fees for it are very low too. Here is the description of the course:


Alongside the developing mainstream religion of Christianity and its early competitors, the Gnostics, there were a variety of alternative options available both within philosophy and esoteric spirituality. This course traces some of these currents noting the geographical spread of the various Mystery Traditions and the time periods during which they were popular.

Examples will include the Eleusinian Mysteries of classical Greece together with their Dionysian/Bacchic counterparts. The importance of the Orphic tradition is also noted as is the significance of Egypt, particularly the mysteries of the goddess Isis. Nor will be the path of the warrior, Mithraism, be ignored. We raise the question - did the early British themselves have mysteries? - And look at earlier romantic understandings of the place of the ancient Druids in this context.

Key issues to be discussed include what actually happened in these often secretive enclaves; the traditions' fate and why they died out; plus the vital importance of initiation and rebirth in facilitating ways for achieving transformation and a hoped for immortality. Thus we will assess the value of the early mystery tradition ethos for both the surrounding culture and for the individual.