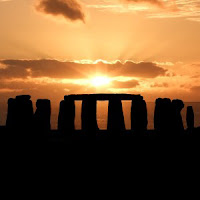 
Horizon reveals how new archaeological discoveries are painting a different picture of the very first native Britons. For centuries it's been thought that these hunter-gatherers lived a brutal, hand-to-mouth existence. But extraordinary new evidence has forced scientists to rethink who these people were, where they came from and what impact they had on our early history.

Now, our impression is of a hardy, sophisticated people who withstood centuries of extreme climate change and a devastating tsunami that was to give birth to the island nation of Britain. Their way of life may even have survived beyond its greatest ever threat - the farming revolution.

You can find out more and watch a clip here: http://www.bbc.co.uk/programmes/b0675hcv