Delving into the Museum of London's Occult Archives 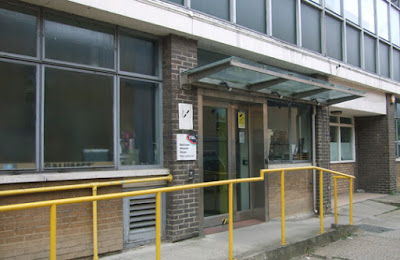 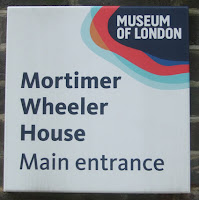 How could I resist the chance to delve into the occult, ritual and magical items in the Museum of London's archaeological archives?

The invitation said: "Delve into the supernatural side of our archaeological archive and explore London’s remains of curses, witching bottles and animal sacrifice…if you dare."

The Museum of London was offering its rare Ritual and Magic tours over the past two weekends, and I went on Saturday afternoon. I was not the only witch there. In fact, I bumped into several witchy friends, including Christina of Treadwell's Bookshop.

It was a fascinating tour of the archaeological archives in Mortimer Wheeler House, in north London. This is where most of the items are stored that are not on display at the Museum of London. It is a real working site, where cataloguing and conservation takes place.

The tour started and ended with witch bottles (sometimes called witching bottles or witches' bottles). The first was a traditional Bellarmine bottle into which someone in history had put pee and nails before corking it and placing it under their front doorstep to ward off curses. The second example was a modern plastic bottle, dating from about the 1980s, containing components that were likely part of a spell to protect teeth or to cure toothache. Yes, witch bottles are still made today.

Another item we got a chance to examine closely was a Medusa-head necklace carved from jet, probably made in Roman times to protect against bad luck. Other Roman items came from a pit excavated in Keston, in the Borough of Bromley. The sacrificed bodies of dogs, a horse and cattle had been placed in the pit for some ritual purpose, probably to ensure a good harvest.

However, the item that fascinated me most wasn't any of these, and it was tiny. It was a small section of a Roman candle tower. Having just written a book on candle magic, I was fascinated to see an item related to Roman ritual candle use.

A Roman candle tower was built up from small metal cubes that fitted together into a tower - a bit like a stack of Lego bricks - but with a central hole into which a candle was inserted. The candle could be burnt for an even amount of time, when presumably a block was removed so that another session of candle burning could be measured. I guess it was a bit like the way we burn an advent candle these days.

I had never seen a Roman candle tower before and I would love to know more about them.

Sadly, no one was allowed to take cameras on the tour, so I couldn't photograph anything inside the building. The photos at the top are from the outside - not so exciting, I know. If you want to see more, you will have to visit in person.

To find out about future events at the Museum of London and tours of the archives, visit
http://www.museumoflondon.org.uk/