Winter, Nature and the Time when Hunger Rules 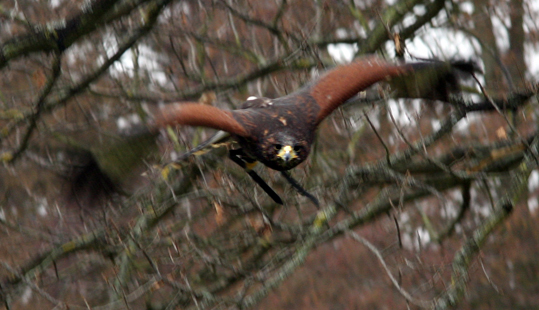 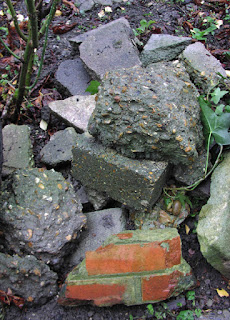 I should warn you, if you don't like gruesome stories - stop reading now.

Last Sunday, upon returning home from a nice lunch at my local pub, I found the corpse of my beloved cat that I had buried a couple of months ago unearthed and stinking in my front garden. Presumably it had been dug up by a hungry fox.

I had buried my cat reasonably deeply and put a cairn of rocks over the grave. The fox had tunnelled under the cairn from a couple of feet away. The fox must have been very determined - or very hungry. I reburied him and doubled the rocks on his cairn, but there's little you can do to deter a hungry fox and the next morning found that the fox had tunnelled in yet again, and gnawed on the leg of my dead cat.

It is an image that I know will never completely go. It is something I wish I had never seen.

I spent a good hour hunting for more rocks, heavier rocks - and even a couple of old car wheels - to keep my cat's corpse in the ground. And, yes, that photo is part of the cairn.

But it got me thinking. Everything must eat. What is the difference between worms eating the corpse of my cat under the earth and a fox eating it above ground?  It feels different to me, but in reality it isn't. I like the idea of roses blooming above the grave in memory, but the rose is feeding on the corpse too, in its own way. It is just my sentimentality that I want my cat to lie under the soil, next to his brother who died the year before.

In the cold and dark of winter, nature cannot be that sentimental. The fox has to eat to live.

Then, last night, I had a dream.

I dreamt I went to a park where I saw a woman with a hawk. The woman had hair the colour of red gold, but I couldn't see her face as she was walking away from me. The quilted jacket she was wearing over dark red leggings seemed to have a timeless quality but there was a sense of unearthly perfection about them that matched the woman herself. The woman had her back to me and I had no idea if she realised I was there when she let the hawk fly from her glove, but the bird of prey did not return to her. Instead it circled round and landed on my shoulder - much to my surprise and, initially, fear. 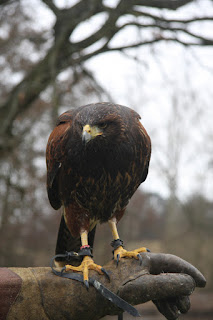 But the bird didn't peck at me - instead it spoke in human words, to my surprise. First it said something that didn't quite make sense. It said it was looking forward to going to somewhere beginning with C. It seemed insistent that I pronounced the name correctly and remembered it, and got me to repeat it several times - but it *was* a dream and I have to confess I cannot fully remember the name now.

The bird then spoke of the joys of soaring high and finding places where corpses lay, ripe for eating, then swooping down, ripping the flesh from the carcasses and plucking out a juicy eyeball.

I could sense the bird's memories of doing this almost as though they were my own. Then the bird asked me if I had flown yet. I was a little taken aback and said, "No, of course not, humans don't fly." But the bird said, "You will fly." And that was the end of the dream; I woke up.

Now, I'm really not sure what the bit about flying meant, and the best I can remember about that place name beginning with C is something like Coloughly - except that there is no place called Coloughly that I can find with a Google search.

However, it has made me reconsider my attitude to death. The bird was right. Feeding on carrion might seem gross to our human sensibilities, but it is what much of nature does - especially in winter, when hunger rules.

The hawk pictures were taken by myself at the English School of Falconry A good book on the using dreams as part of a spiritual path is Pagan Dreaming by Nimue Brown.

Oh dear, how distressing - but what an insightful dream. I only ever dream of complete nonsense and half the time I feel the memory of the dream trickle from my mind as I surface from sleep ... and it's gone!

Well, Mr Fox got some fish and chips from me on Friday night.

I can imagine how hugely distressing it must have been. My cats lie quietly, and I would hate to have found them disinterred. So terrible. And maybe it was the disinterment that was the worst part..... because as for me, I want a sky burial - to be laid out where the birds pick my bones clean - only it's not legal in the UK. Failing that, to go into the sea to feed the fish - but that would only be possible if I joined the Navy, and they wouldn't have me at my age! Our burial practices here leave a lot to be desired.....