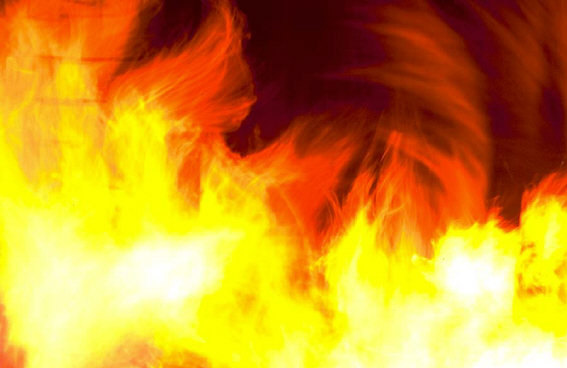 No, I'm not suggesting anyone embarks on a bout of fire-starting. Bonfire Night, or Guy Fawkes Night as it is often called, is traditionally a celebration of preventing acts of arson, not encouraging them.

Pyromancy is the ancient magical art of divination by fire. It is one of the earliest forms of divination, probably practised soon after fire was first discovered by man. One can imagine ancient shamans staring into the burning embers of the fires that warmed our Neolithic ancestors, foretelling a good hunt or how well the tribe would fare through the winter to come.

In Classical Greece, virgins at the Temple of Athena in Athens used pyromancy and it is likely that followers of Hephaestus, the Greek god of fire, or Vulcan, his Roman equivalent, did too. In Renaissance times pyromancy was a "forbidden art" along with necromancy, geomancy, aeromancy, hydromancy, chiromancy and spatulamancy.

The most basic form of pyromancy involves staring into a fire or flame to watch for patterns and shapes that form. The magical art is in interpreting what these mean. In modern homes without real fireplaces it is usually easier and safer to scry into a candle flame, but Bonfire Night provides a great opportunity to have a go at pyromancy with a proper fire outdoors under the stars.

There are several variations on pyromancy, including:
Here are some things to look for:
If you do try a little pyromancy on Bonfire Night or at any other time, obviously pay attention to safety. Do not start fires too close to anything flammable that you don't want to burn down, and do not leave naked flames unattended.

I just discovered your blog only I can't figure out how to follow. Is this just me, being new to the blog world - or do you not allow followers? Thanks, S

My name’s Liza and I work for a BBC Three show called Russell Howard’s Good News. We’re looking for people to take part in a new feature on the show called Headliners where two people with unusual hobbies or occupations pitch to Russell why their hobby is so great and they should be on the front page of his newspaper. It’s quite a short segment and normally takes the form of a chat with Russell, although sometimes if you’re able to bring any props he will get involved!

I’m looking for someone with an interest in witchcraft who may be interested in taking part and was wondering if you or someone you know might be interested.
Please email me on lizac@avalonuk.com or 02075987342 if you want to get in touch