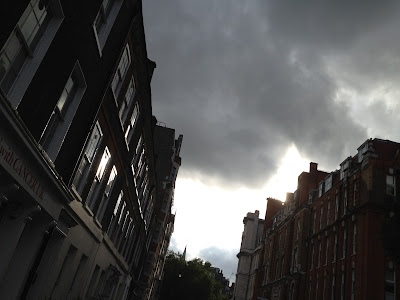 Back in 2013 I went on one of the most interesting walks in London that I have ever done. I was led by Robert Kingham of Minimum Labyrinth on a tour of The Thin Veil of London, offering a glimpse into the elements of the city that inspired horror writer Arthur Machen. There are now new dates for the walk, and here is a press release I was sent giving the details:


The Thin Veil of London is a very unusual walk around the lesser-known corners of Holborn and Bloomsbury, interwoven with mysteries from the stories of Arthur Machen (1863-1947), a foremost pioneer of ‘folk horror’.
Machen has an ever-growing fan base, including director Guillermo del Toro, writer Alan Moore and performer Stewart Lee. Machen’s stories teem with sinister ancient horrors – troglodyte races and malevolent fauns – that lurk just beneath the surface of modern life. Yet they also contain a positive theology that invite the visionary to step through the veil of illusion into another world; a magical world. Sometimes the lifting of the veil occurs on ancient tumuli in the Welsh countryside of his childhood; often it can be found in a back street of London.
The Thin Veil of London combines a history tour with theatrical elements, taking in the deeply atmospheric places off Theobalds Road – Coram’s Fields, Conway Hall, Great Ormond Street – to create a vivid journey into the worlds of Faery and science, madness and ecstasy, and what Machen called ‘the eternal beauty hidden beneath the crust of common and commonplace things; hidden and yet burning and glowing continually if you care to look with purged eyes’.
Rich Cochrane and Robert Kingham first devised The Thin Veil of London with support from the Museum of London in 2013. The performances in 2017 will bring Machen’s strange magic to a new, wider audience.

Tickets are £17.50 (£12.50 concessions) and can be bought through www.minimumlabyrinth.org.
The walk lasts two hours (with a pub break in the middle) and runs in the early evenings. 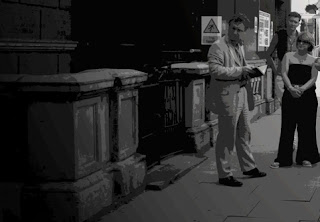 Minimum Labyrinth is the creative partnership of Rich Cochrane and Robert Kingham.